'Disgusting': Tom Homan Sounds Off After Fairfax Cop Suspended for Cooperating With ICE 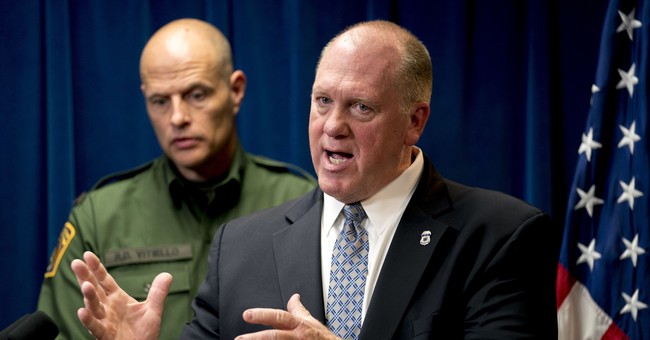 A Fairfax County policy in place since 2007 blocks police officers from alerting the U.S. Immigration and Customs Enforcement agency when they encounter an individual wanted on an immigration violation, provided that the individual is not otherwise being taken into custody.

A Fairfax cop broke that rule this week by alerting ICE about a driver who missed his deportation hearing. He was promptly suspended for that bit of rebellion and the chief of police is now requiring him to be retrained.

"Our county is one of the most diverse counties in the nation and no one should have the perception that FCPD is acting as a civil immigration agent for ICE,” Chief Edwin Roessler said in a statement. “This matter damages our reputation and the longstanding policy that I have stated many times that our officers shall not act as immigration agents."

Thomas Homan, former ICE acting director, tried to put his frustration with the chief into words during a "Fox & Friends" interview Wednesday morning.

Homan said he had the read the story out of Fairfax three or four times to make sure he was seeing things straight. He "couldn't believe" the decision made by the chief, who he preferred to call a politician.

"He’s a politician," Homan said. "He stopped being a cop with that decision."

ICE, Homan added, "is not the bad guy." They're the ones keeping Fairfax and other counties safe by "taking criminal aliens off the streets."

"This world’s upside down," Homan regretted. "When those who illegally enter our country in violation of law - all of a sudden they’re the victims. And the ones who enforce law are the bad guys."

"If I was ICE director today, I'd hire that officer," Homan said of the now-suspended Fairfax cop.