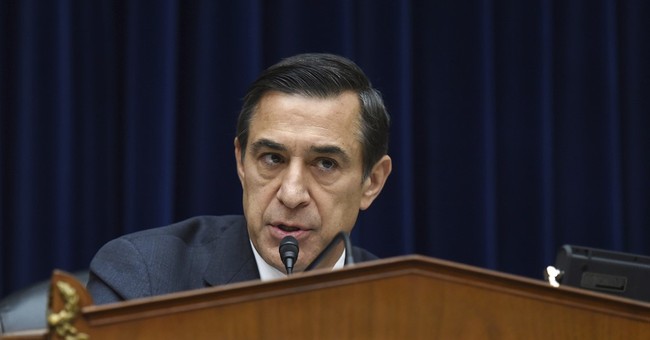 Former Rep. Darrell Issa is eyeing to make a quick political comeback. The California Republican is hoping to unseat Rep. Duncan Hunter, who's currently facing a series of corruption charges.

Issa, a bold conservative who served as chairman of the House Oversight Committee, represented California's 49th district in Congress from 2000 to 2018, when he retired. He had been nominated to serve as the head of the U.S. Trade and Development Agency, but his nomination stalled after Democrats raised concerns about his FBI file. He now senses an opportunity to represent California's 50th district.

Rep. Hunter and his wife Margaret were indicted in August 2018 on charges that they used over $250,000 in political contributions for their personal use. That included family vacations, oral surgery, private school tuition, etc. Other court filings suggested that Hunter used some campaign money to fund his extramarital affairs.

Hunter maintains his innocence, but his wife pleaded guilty to a single felony count in June. He stepped down from his congressional committees, but his district still re-elected him in 2018 despite the scandal. His next trial is in January.

Hunter's legal headaches may just be beginning, however. The Federal Election Commission now has some questions about his latest campaign filing, one of them being why $345,000 in campaign contributions went unitemized.

Issa is expected to make an official announcement on his campaign Thursday at 8:30 a.m. in San Diego. Several other Republicans have voiced their plans to challenge Hunter too.