ICYMI: Pelosi Commended McCready For 'Winning the Campaign'... But Not the Election 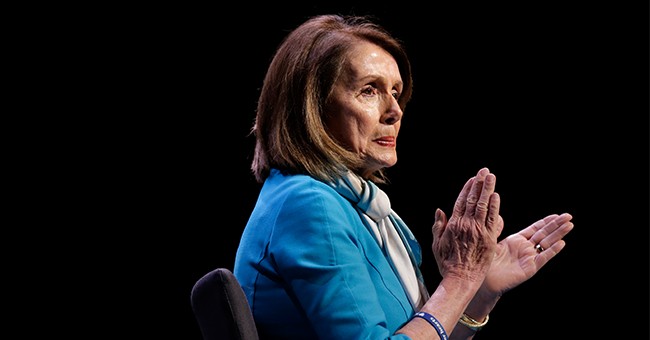 Dan McCready lost to his Republican challenger Dan Bishop Wednesday night in North Carolina's 9th district election. Bishop won by two percent of the vote, despite McCready having a two-year head start and millions of dollars in donations.

“I’m very proud of Dan McCready,” she said glowingly. “He’s a patriot, he’s an independent voice for the district he would have represented - it’s too bad he’s not coming here. But he did a great job.”

The speaker added that McCready polled better than past presidential candidates have in the district.

Is it a trend in her party to claim victory regardless of the circumstances?

After the election, Roll Call penned a piece entitled, "Why the GOP victory in North Carolina spells disaster for Democrats in 2020.”

Our current GOP strategy is focused on two truths that spell disaster for Democratic prospects in 2020. First, House Democrats’ socialist agenda is wildly unpopular with voters and will be an anchor around the necks of their candidates in swing districts. Second, President Trump is the single most effective surrogate and turnout machine for the Republican Party.

Waiting for the speaker's spin on that one.

Trump, too, credited his late endorsement with having done a lot of the work.

Dan Bishop was down 17 points 3 weeks ago. He then asked me for help, we changed his strategy together, and he ran a great race. Big Rally last night. Now it looks like he is going to win. @CNN & @MSNBC are moving their big studio equipment and talent out. Stay tuned!

A Republican also prevailed in North Carolina's 3rd Congressional District special election race this week to replace the late Rep. Walter Jones, who passed away in February. That contest was a bit more lopsided. Republican state representative Greg Murphy defeated Democrat and former Greenville mayor Allen Thomas by 62 percent to 38 percent. No surprises there, however, as it is a solidly Republican district.