Having Taken Hit After 'Toxic Masculinity' Ad, Gillette Is Trying a New Campaign 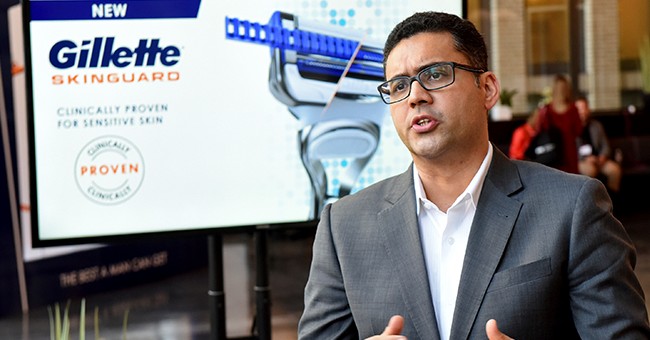 Gillette took a drastically different direction in its advertising last January when it released a commercial that challenged the idea of traditional masculinity. The company's well-known slogan, "The best a man can get," was tweaked into a question, "Is this the best a man can get?" That message was accompanied by scenes of the "Me Too" movement and examples of workplace sexism.

“Boys will be boys”? Isn’t it time we stopped excusing bad behavior? Re-think and take action by joining us at https://t.co/giHuGDEvlT. #TheBestMenCanBe pic.twitter.com/hhBL1XjFVo

Even liberal Piers Morgan got heated over it, calling it "PC guff" on Twitter and ranting about the ad on "Good Morning Britain."

The outrage against the hyper-political ads could account for the company's recent $8 billion writedown.

The company opted to blame the numbers on the increased competition from the likes of the Dollar Shave Club and Harry’s. It also pointed to a decreased demand for men's razors.

“Lower shaving frequency has reduced the size of the developed blades and razors market,” according to CFO Jon Moeller.

But, the latest Gillette ad at least suggests that the company has learned its lesson about the unpopularity of its PC campaign. The razor company is “shifting the spotlight from social issues to local heroes.” First up is Australian firefighter and personal trainer Ben Ziekenheiner.

“People sometimes ask if it’s scary. It can be, but like anyone who has a job to do, you prepare — not just in terms of your equipment but also mentally and physically.”

The ad spruiks the brand’s SkinGuard range, highlighting the issue of sensitive skin for men who shave every day — including firefighters, who are required to be clean-shaven as it enables a proper seal for their breathing mask.

“We have a very clear strategy when it comes to how we authentically connect with our consumers,” said Manu Airan, associate brand director for Gillette Australia and New Zealand.

Male consumers may not think Gillette is still the "best" they can get, but they can admit that this kind of advertisement is at least better.