Did the Venezuelan Government Really Just Issue Travel Warnings for the US? 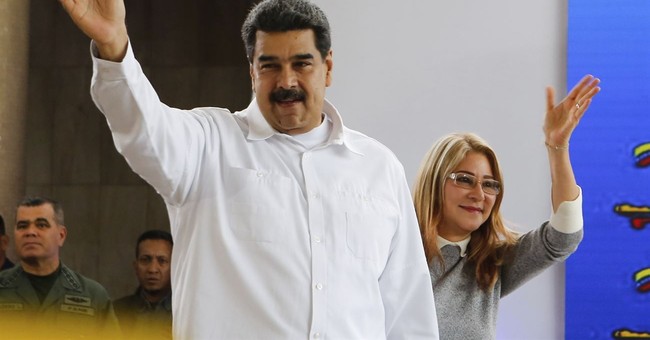 Under the socialist dictatorship of Nicolas Maduro, Venezuelans have suffered greatly from poverty and starvation. Tim covered recent reports of children literally fighting over scraps of food. Matt has reported on other citizens eating out of trash cans, trying to eat zoo animals, children forced into prostitution, and a scarcity of necessary items like medicine.

This is all thanks to Maduro's socialist and corrupt government. According to economists, Venezuela’s fall is "the single largest economic collapse outside of war in at least 45 years."

In the past year, however, Venezuelans began a quest to regain their quality of life, starting with protests and supporting opposition leader Juan Guaido as their interim president. President Trump has recognized Guaido as such.

"Today, I am officially recognizing the President of the Venezuelan National Assembly, Juan Guaido, as the Interim President of Venezuela," the president declared in January. "In its role as the only legitimate branch of government duly elected by the Venezuelan people, the National Assembly invoked the country’s constitution to declare Nicolas Maduro illegitimate, and the office of the presidency therefore vacant.  The people of Venezuela have courageously spoken out against Maduro and his regime and demanded freedom and the rule of law."

Guaido and his supporters have so far failed to oust Maduro in uprisings.

With all of this in mind, consider how the Venezuelan government and Uruguay’s Ministry of Foreign Affairs just issued a travel warning to several major U.S. cities.

Please, the Venezuelan government urged its citizens, “avoid visiting some cities that are among the 20 most dangerous in the world,” including Cleveland, Detroit, Baltimore, St. Louis, Oakland, Memphis, Birmingham, Atlanta, Stockton and Buffalo."

President Trump himself recently referred to Baltimore as "rat-infested" and crime-ridden, and even noted that the murder rate in the Charm City is higher than that of El Salvador, Honduras, and Guatemala.

But, if you didn't gather from the grim scenario above, Venezuelan officials have no standing to issue any travel warning until they fix their own house.

A few days ago Sen. Marco Rubio (R-FL) shared the welcome news that the U.S. is enforcing more economic sanctions against the Maduro regime.

Maduro pretends he’s interested in “dialogue” but is just trying to wait out the crisis in #Venezuela.

Today the U.S. will freeze all of the #MaduroRegime’s assets & imposes sanctions on any person or company that continues to provide support to them.