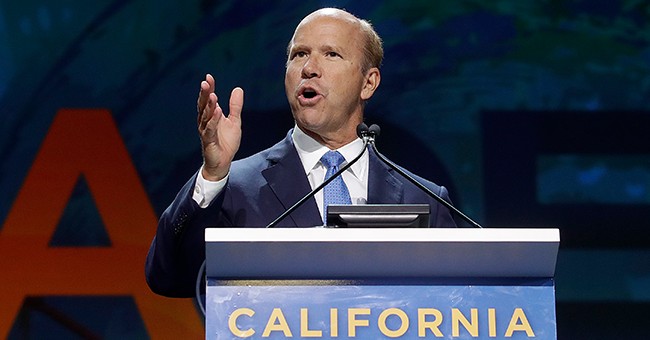 The Democratic National Committee has released its list of 20 contenders who qualified for the first primary debates later this month in Miami. Then on Friday the committee announced when each of them will be on stage. By way of distribution, it looks like the heaviest hitters - Biden, Sanders, Harris, Buttigieg - will be saved for the second night. The exception is Sen. Liz Warren, who steps into the fray on the first night.

Former Maryland Rep. John Delaney used the opportunity to preview his message. And it's not one progressives are going to like. While he and Sen. Bernie Sanders will be on the debate on different nights, Delaney plans to contrast his ideas with the senator's radical ones.

"I look forward to laying out how my health care plan – ‘BetterCare’ – is both superior health care policy, and a much smarter way forward, than Senator Sanders plan, Medicare for All," Delaney wrote on Friday.

Delaney had a similar message for the California Democratic Party's convention earlier this month. He's all for universal health care, he assured his audience, but Medicare for All is the wrong way to achieve it. It's just "not good politics," he said. He was booed and an unimpressed Rep. Alexandria Ocasio-Cortez (D-NY), who had heard enough of his moderate takes, asked him to "sashay away" from the race.

Other candidates (if we can still call them that) are disputing the DNC debate guidelines. Montana Gov. Steve Bullock, who failed to qualify for the Miami debates, implored the DNC to take one more look at the polls in which he garnered 1 percent.

Click here for more information on the first Democratic debates on June 26 and 27.