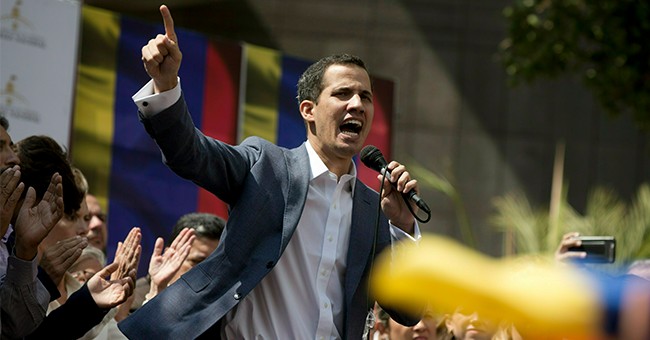 Venezuelan opposition leader Juan Guaidó, who declared himself interim president in January, has encouraged citizens to stage an uprising on Tuesday to overthrow socialist dictator Nicolas Maduro. This is the "final phase" of their plan to uproot him, Guaidó said.

Citizens have suffered and starved under Maduro's reign. But he is desperate to hold on to power. The dictator has shuttered all public transit in Caracas and blocked social media access. Sen. Marco Rubio (R-FL), who has closely covered this crisis, suggested that these actions expose his sense of desperation.

Reports that streets around #MaduroRegime TV station are being blocked by forces loyal to regime. Sign that they are worried about someone coming to take control of it. https://t.co/K4aWkFCt2G

"We stand with the people of Venezuela," White House Counselor Kellyanne Conway said. "It's time for Maduro to go."

She is hoping, however, for a "peaceful transition of power."