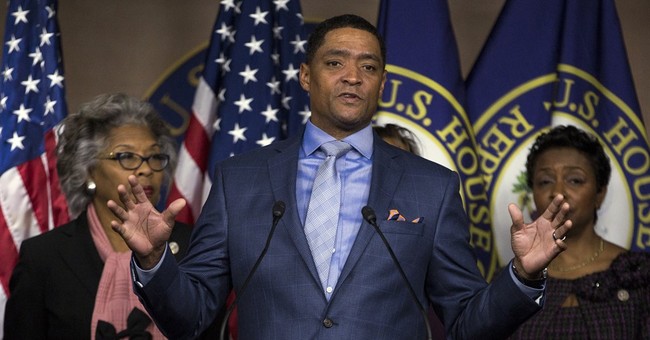 What do you think is Rep. Cedric Richmond's (D-LA) top priority in Congress? Jobs and the economy? Perhaps health care? Protections for veterans, maybe? Nope. As he revealed on "Face the Nation" this weekend, impeachment is on his radar, but Richmond's more immediate goal is to make sure President Trump loses in 2020.

Judiciary Dem on investigations: “my sole focus…is to make sure he's not the president next term”https://t.co/umtB1Rhz3z pic.twitter.com/0MLZG61ewG

"Do you personally think impeachment should be considered?" host Margaret Brennan asked her guest.

"I think it should," he said. "I think it's the best way to get all of the facts out. I also believe that at some point we have to hear from this president whether he's lying to us or not. We need to hear from him under oath. But, look, my sole for- focus right now is to make sure that he's not the president next term."

"And what we do this term, we need to one, learn from the facts what Russia did, make sure that the president has not obstructed justice," he went on. "But more importantly, we need to make sure that he- he does not win re-election and that's part of the reason why I'm here is because I'm supporting Vice President Joe Biden to beat him."

Richmond is one of many Democrats who are dissatisfied with the redacted report Attorney General Bill Barr released last week of special counsel Robert Mueller's Russia report. While Mueller concluded that Trump did not collude with Russia, Democrats are zooming in on the parts where the special counsel left open how the president could have obstructed justice. Barr is testifying before both the Senate and House Judiciary panels this week.

Some of those same Democrats have already concluded, however, that impeachment is the right course of action. But House Speaker Nancy Pelosi is urging them to hold the brakes.