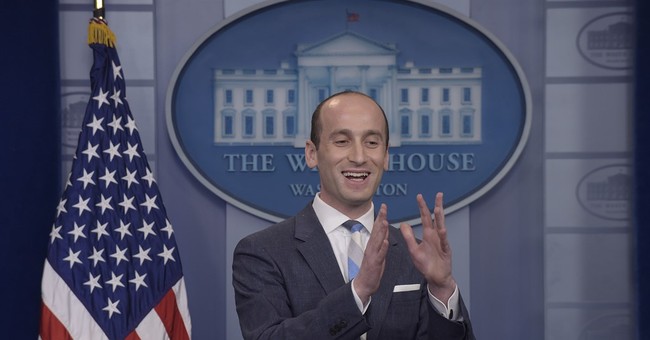 White House Counsel Pat Cipollone has informed House Oversight Chairman Elijah Cummings in a letter that senior aide Stephen Miller will not be testifying on the administration's immigration policy. Here was the chairman's initial invite to Miller, who has been an integral part of Trump's immigration plans.

“I am offering you an opportunity to make your case to the Committee and the American people about why you—and presumably President Trump—believe it is good policy for the Trump Administration to take the actions it has, including intentionally separating immigrant children from their parents at the border to deter them from coming to the United States, transferring asylum seekers to sanctuary cities as a form of illegal retribution against your political adversaries, and firing top Administration officials who refuse orders to violate the law,” Cummings wrote.

The White House said that while they appreciate Cummings’ invitation, they will “respectfully decline.”

“We are pleased the committee is interested in obtaining information regarding border security and much needed improvements to our immigration system,” Cipollone writes, before reminding Cummings that several Executive Branch officials have already testified on “multiple occasions" about their border security efforts. He adds that the White House has a "long-standing precedent" in denying such congressional requests.

Several of Trump's immigration policies have irked Democrats, not least of which is the zero tolerance policy which separated families at the border. Trump has since ended the policy while insisting that it was President Obama who first enforced the agenda.

The zero tolerance policy had critics on both sides of the aisle. But Trump isn't the only one alleging a "crisis" at the U.S.-Mexico border. That statement comes straight from the mouths of border patrol agents. The president has decided to address the massive influx of illegal immigration by declaring a national emergency to build a border wall. Construction is expected to begin next month.