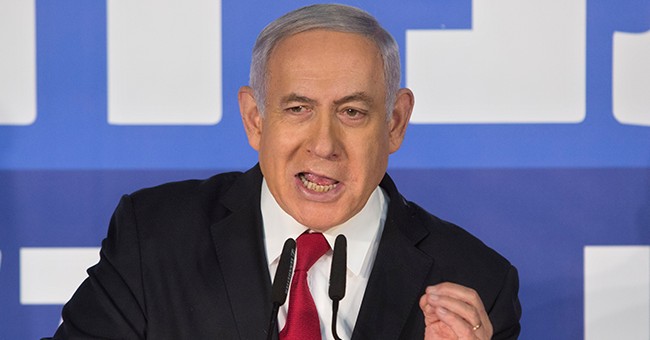 As a thank you to President Trump for his historic recognition of Israeli sovereignty over the Golan Heights, Israeli Prime Minister Benjamin Netanyahu announced on Twitter Tuesday that he's going to be naming a Golan community after the president.

I'm here on the beautiful Golan Heights. All Israelis were deeply moved when President Trump made his historic decision to recognize Israel's sovereignty over the Golan Heights. pic.twitter.com/ikgZhA01lt

Therefore, after the Passover holiday, I intend to bring to the government a resolution calling for a new community on the Golan Heights named after President Donald J. Trump

In his message, Netanyahu recognized “a need to express our appreciation by calling a community or neighborhood on the Golan Heights after Donald Trump. I will bring that to the government [for approval] soon.”

On March 9, Trump made history by becoming the first U.S. president to recognize Israeli sovereignty in the disputed territory.

Netanyahu won his fifth term in Israel's elections earlier this month. It was a nailbiter though and the leader is now working to form a government.