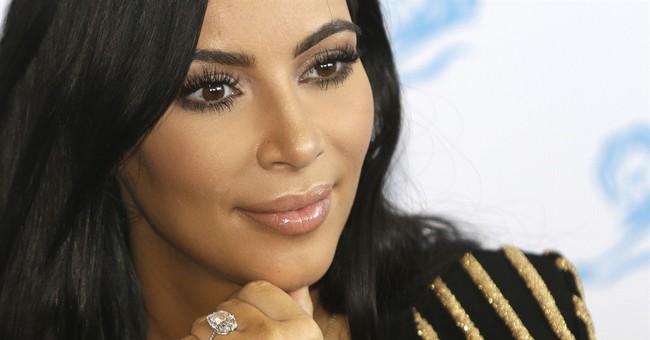 Kim Kardashian West reached out to President Trump last year because she knew he could help get Alice Marie Johnson out of prison. The 63-year-old great grandmother was serving a life sentence for a first-time, nonviolent drug offense. Kardashian considered it an injustice and brought her case to the White House. When Trump heard her out, he agreed with her. In just a few months, he commuted Johnson's sentence and gave her a second chance at life. The freed citizen cried tears of joy and was later invited as the president's distinguished guest at the 2019 State of the Union.

Kardashian was also very grateful to the president, and wasn't afraid to tell her fans.

Yet, Kardashian revealed over the weekend that she was repeatedly warned not to meet with the administration.

"I know I got so many times people would say to me, 'Don't go to the White House, your career will be over, don't go there,'" she shared with Van Jones on Saturday's "The Van Jones Show."

"And I just kind of weighed the decision where it was like...to save a life or to get maybe bad tweets about me or a bad news story for a few days," she continued. "I guarantee you the people sitting behind bars do not care who the president is. They just want that relief. And so if I could have done that, I don't care."

Jones shared similar sentiments on Monday in an interview with Townhall.

"What I’ve learned is that, first of all, for the people at the very bottom of our society, who have the least human freedom, least human dignity, they don’t care what political party you’re in," he noted. "They just need help."

That's why he too has extended a hand to the Trump White House without worrying about what his fellow liberals think.

The CNN host praised Kardashian for her candor, her courage, and her humility.

"She’s just a gracious human being across the board," he shared. "She never takes credit for the whole movement. She works very humbly with formerly incarcerated people. For years and decades. People would be stunned to know how much she puts into it. She’s working on this stuff every day. It’s a beautiful thing to watch."

Kardashian also revealed that people have told her to "stay in her lane," but she's paying no mind. She recently revealed she's studying to be a lawyer.