Did This Dem Rep Really Just Compare Trump to the Notre Dame Fire? 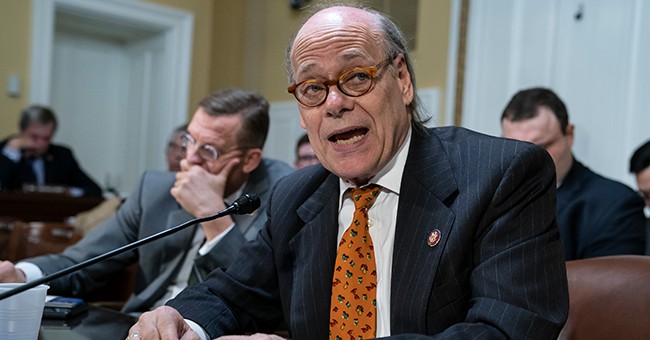 Firefighters are just starting to sift through the ashes in Notre Dame cathedral, but one Democratic lawmaker thought it was an opportune time to turn the tragedy into a political jab at President Trump.

In an MSNBC interview on Tuesday, Rep. Steve Cohen (D-TN) made the following pun at the president and Notre Dame's expense, ranting about how Trump has upended the Constitution and the rule of law.

Everyone: "Let's stop talking about Trump for a minute & focus on this historic burning church"

"It's as bad as that fire did to Notre Dame," Cohen said. "He's torching the entire structure of government and the people's respect for it, and the Congress needs to act."

Lest we forget, this is the same guy who told Trump to encourage then-Republican congresswoman Marsha Blackburn to jump off a bridge.

While Cohen tries to use a clever play on words, Parisiens are holding vigils, saying prayers, and belting out hymns outside of the now charred Notre Dame. The structure means a great deal to not only the French, but to Catholics around the world. French President Emmanuel Macron has addressed the nation twice already. In his first speech outside the cathedral he announced he's asking for an international campaign to help rebuild the cathedral. And they will rebuild, Macron said, because it's what the French people expect.

"That is what our history is worthy of," he said. "Because it is our deep destiny."

In a Tuesday night address, Macron added that he wants Notre Dame to be rebuilt in five years, and he predicts it will be better than ever.

The flames that burned atop Notre Dame on Monday toppled the cathedral's spire, and then the entire roof. Miraculously, when the fire finally subsided and crews opened the doors of the building, they found that the inside was largely intact, including the cross that sits above the altar. An investigation is underway into the cause of the inferno.