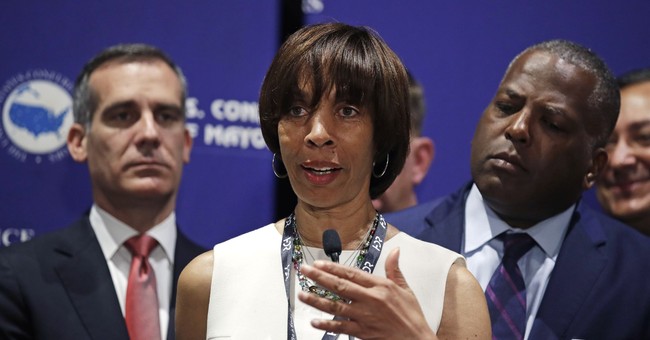 Baltimore Mayor Catherine Pugh revealed on Monday that she's going to be taking an indefinite leave of absence. She cited health concerns, but critics are suspicious of the timing.

Recently, it was reported that Baltimore's largest health providers paid Pugh hundreds of thousands of dollars for her self-published “Healthy Holly” children’s books. Those include Kaiser Permanente, the University of Maryland Medical System, and more. The payment from Kaiser came when the company was seeking a contract to provide health benefits to city employees.

Health provider Kaiser Permanente paid Pugh more than $100,000 to buy about 20,000 copies of her books during a period when the company was seeking a lucrative contract to provide health benefits to city employees.

And the nonprofit Associated Black Charities says it collected nearly $90,000 from five separate entities — including CareFirst BlueCross BlueShield, another city insurer — to buy and distribute 10,000 copies of Pugh’s books, forwarding nearly $80,000 of that to Pugh’s company and pocketing the rest. (The Baltimore Sun)

Gov. Larry Hogan called the reports "very disturbing" and called for an investigation into the book payments on Monday. It was on the same day that Pugh announced she'd be temporarily stepping aside from her duties.

Comptroller Peter Franchot is one of several Democratic state lawmakers who say these actions won't suffice.

The Mayor has to resign - now. The people of Baltimore are facing too many serious challenges, as it is, to also to deal with such brazen, cartoonish corruption from their chief executive. https://t.co/00VBd5FbyB