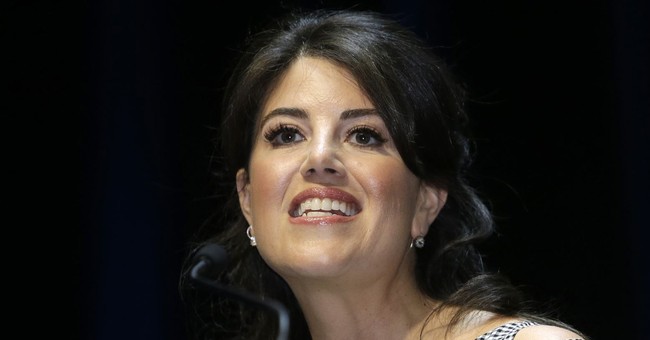 Lewinsky is infamous for having an affair with President Bill Clinton in the White House in the 1990s when she was a 22-year-old intern. Starr, the independent counsel at the time, released a 445-page explicit report in 1998 about their relationship after the House voted to release it publicly. Lewinsky was horrified their exploits were out there for all to read. She recently recalled the public shaming she endured. It was "an avalanche of pain and humiliation,” she told "Last Week Tonight” host John Oliver.

By contrast, Mueller's report on Russian collusion, which found no collusion, was only handed to Attorney General William Barr, who then condensed it to a four-page summary for Congress.

University of Southern California law professor Orin Kerr, as you can see above, wondered what would have happened if Starr’s report on Clinton had only been provided to then-Attorney General Janet Reno, who then published a four-page “letter based on her private reading stating her conclusion that President Clinton committed no crimes.”

Lewinsky's followers apologized to her for what she had gone through, while commending her for her "poise and grace."

The way you have handled yourself all these years is quite literally unbelievable. Props to you, who has shown remarkable poise through a nation throwing a shitstorm at you. And now you’re using your platform to empower others and defend other victims... what class ????????????