The Army Responds to Shocking Report on Private Military Housing 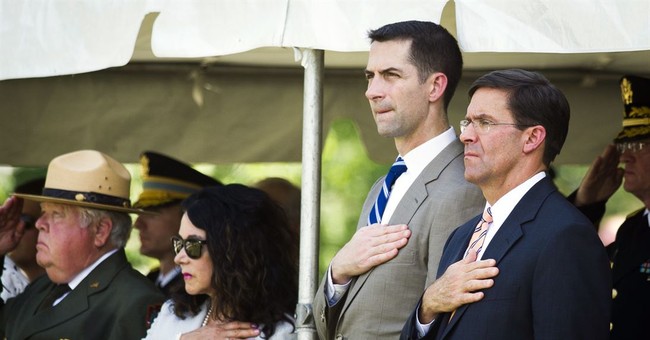 The Pentagon's revitalized privatization program to upgrade their military bases has not produced quality results, according to many military families who live on them. Military spouses continue to speak out about the poor living conditions they've experienced in their private base housing. Some even described it as "slum-like."

A Reuters report in December first detailed the dangerous living situations, which included lead, mold, and rats. In some cases, the conditions reportedly led to several different health crises.

Today the collection of cookie-cutter duplexes is showing declines more typical of aged and neglected housing. Last spring, just six years after landlord Balfour Beatty Communities finished construction, the company was forced to start replacing every foot of water line in each house to fix systemic plumbing failures. In September, the company and Air Force inspected the tiny rooms where heating, ventilation and air-conditioning equipment is housed. Half had mold or water damage. Residents complain of leaks, mold, rodents and cockroaches.

It all led to what Fox News's Jennifer Griffin called a "powerful hearing" on Wednesday before the Senate Armed Forces subcommittee, where a few people testified about the unfortunate conditions. Griffin said some of what she heard was "heartbreaking."

Janna Driver, a military spouse, told the subcommittee that she experienced debilitating headaches, nose bleeds, constant sore throats, brain fogs, fatigue, and worse. When the 4-year-old children in the house complained of the same symptoms, Driver was "concerned they may have cancer."

"We will likely suffer from the effects of this for the rest of our lives," she said.

This is the story that led to a powerful Senate hearing today: Military housing dogged by mold, rats, making military families sick. Chain of command sided with contractors, ignored families https://t.co/p4CPESTw1c via @SpecialReports

A study by the Military Family Advisory Network found that nearly 56 percent of respondents found conditions to be "negative" or "very negative."

.@SecArmy and @ArmyChiefStaff statement on military housing and the Army's commitment to providing a safe and secure environment on Army installations. https://t.co/RjNo379i4W

"We are deeply troubled by the recent reports highlighting the deficient conditions in some of our family housing," Secretary of the Army, Dr. Mark T. Esper and Chief of Staff of the Army, Gen. Mark A. Milley said in the statement. "It is unacceptable for our families who sacrifice so much to have to endure these hardships in their own homes. Our most sacred obligation as Army leaders is to take care of our people - our Soldiers and our family members.

"We are fully committed to providing a safe and secure environment on all of our installations. We have directed an Inspector General investigation and have taken other actions. We will hold our chain of command and private contractors accountable to ensure they are meeting their obligations to provide safe, high quality family housing."