CNBC Tells Readers They Can Save Tons of Money By Not Having Kids. Here's How Parents Responded. 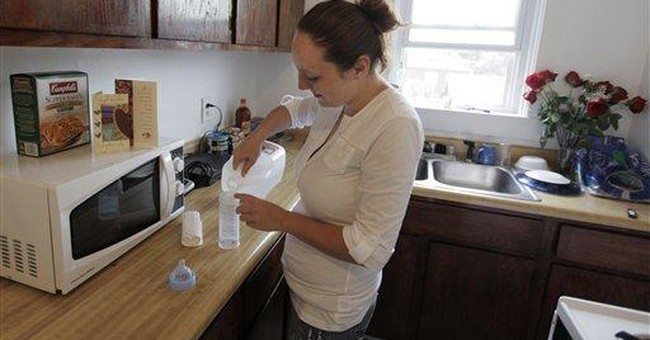 CNBC rubbed some parents the wrong way last week when it tweeted out one of its recent exposes. In its research, it found that some individuals can save a huge chunk of change if they decide to skip having children.

You can save half a million dollars if you don't have kids. via @CNBCMakeIt https://t.co/y5newZGmhM

The author, Yoni Blumberg, starts his report by cutting right to the chase.

"Your friends may tell you having kids has made them happier," he writes. "They’re probably lying. Research shows that parenthood leads to a happiness gap. Maybe that’s because the pleasures of parenthood are outweighed by all the extra responsibilities, housework and, of course, the costs."

He breaks down the costs, from pregnancy, to food, childcare, college tuition, etc.

The average middle-income married couple spent between $12,350 and $13,900 on each of their children in 2015, reports the U.S. Department of Agriculture. Extrapolate from that number and you’re looking at spending $233,610 per child from birth through age 17.

Middle-income families, he concluded, will spend roughly $730,420 total on kids. So, the gist is, proceed at your own peril.

Cue the collective so?!? from parents on social media. They hit back and informed CNBC that they don't see their children as financial burdens. Not even close.

I’m most happy with the investment in my children. Nothing comes close.

Wouldn't trade this thing for anything pic.twitter.com/tMA1fipe7Y

I consider myself a successful man, not because I am rich, but because my wife and I have raised two boys who know they are loved and will one day be good husbands and fathers. To be called Dad is a most amazing and humbling honor.

Ben Shapiro offered some advice back to the outlet.

You can also make your life significantly less fulfilling if you make these kinds of decisions based on financial projections https://t.co/Mh4loXWjko