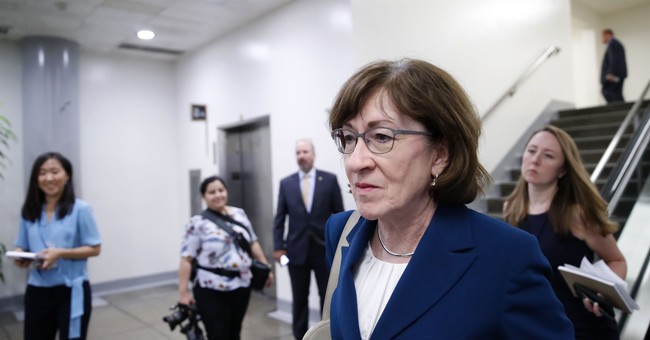 Sen. Susan Collins (R-ME) voted for Brett Kavanaugh during the contentious Supreme Court confirmation hearing this fall, a decision that came with a flood of death threats. Kavanaugh was accused of sexual assault but denied all the charges.

Most Republicans voted for Kavanaugh, but liberal critics were especially incensed with Collins because she is considered one of the more moderate senators and had even sided with Democrats on other issues like protecting Planned Parenthood funding. She and Sen. Lisa Murkowski became liberal heroes of sorts for being two of the only three Republican "no" votes on the skinny repeal of Obamacare.

Those same liberal activists perhaps expected Collins to vote against Kavanaugh because he was considered anti-abortion. Some reports even said he'd overturn Roe v. Wade. So, Maine groups threatened to fund her opponent come election time. Yet, those threats backfired and confirmed her decision to vote "yes." Her speech on the Senate floor sealed the deal.

On Wednesday Collins shared the audio of just one of the voicemails she's received since the vote. (warning: graphic language)

He began by calling her a “feckless woman” and accused her of helping President Trump “steal health care from millions.”

“You are so f---ing naïve," he continued. "You will go down in history as the most naïve person ever to be in Congress. You f---ing, f---ing feckless naïve woman. Trying to make Americans more equal. F--- you.”

Collins is one of several Republican leaders to face violent threats and verbal abuse in the past year for promoting conservative policies or simply siding with President Trump.