Theresa May Wins No Confidence Vote, But Will Not Seek Re-election 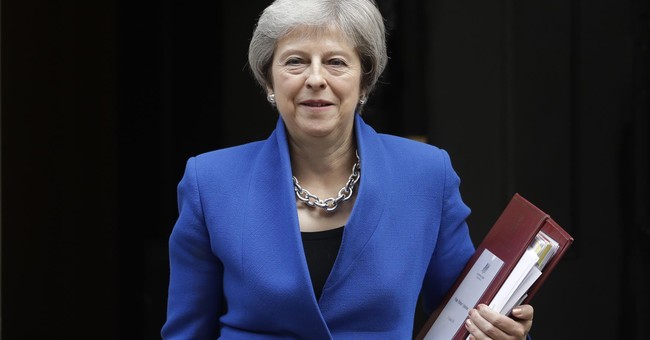 UK Prime Minister Theresa May survived a vote of no confidence from her own party Tuesday. Conservative MPs are fed up with her leadership on Brexit, increasingly frustrated that her negotiations in Brussels were not what the UK voted for in the 2017 referendum. The deal May brought back to Parliament ties the UK too closely to the European Union, according to leading conservatives like Boris Johnson. Johnson is among the conservatives who took the drastic step of resigning from May's cabinet over the unacceptable Brexit deal. Still, with so much discontent, May's critics did not have the votes to oust her on Tuesday. She received 200 votes in her favor, only needing 159 to win the ballot. Yet, the 117 votes of no confidence she got was no small number.

Before the vote, May told press that she would fight the vote with "everything" she's got. She wants to see the Brexit negotiations through.

Yet, in a meeting with Conservatives before the vote began, May reportedly told the MPs that she will not seek re-election.

"We need to get on with the job," May said outside 10 Downing Street after surviving the vote.

The prime minister said that when she goes before the EU council on Thursday she'll voice the UK's concerns about the Ireland "backstop" agreement, which has been a major sticking point throughout the negotiations. Britain has a "renewed mission," May added, which includes "delivering the Brexit that people voted for" and "building a country that works for everyone."