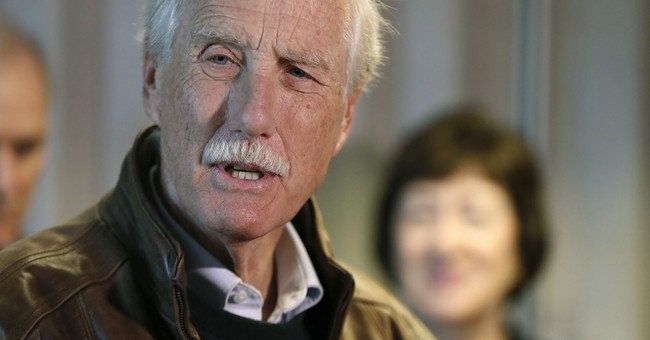 At Tuesday's White House press briefing, National Security Adviser John Bolton told reporters that no, he hadn't listened to the tape that reportedly contains audio of the murder of Saudi journalist Jamal Khashoggi. It wouldn't be helpful to hear it, Bolton reasoned, because it was in Arabic.

"What am I going to learn from — if they were speaking Korean, I wouldn’t learn any more from it either,” Bolton said.

The national security official was satisfied that people who do speak Arabic had listened to the recording and shared its contents with him.

“I’m very satisfied that we know what the tape picked up and it was factored into the president’s decision and he’s announced his position very clearly."

President Trump also revealed he had not listened to the "suffering tape."

“I know everything that went on in the tape without having to hear it...It was very violent, very vicious and terrible,” he explained.

Lawmakers like Sen. Angus King (I-ME) are not accepting the White House's answers for not listening to the audio, despite how upsetting it is. King even accused Bolton of "deliberate ignorance."

Independent Sen. Angus King says he's "disappointed" CIA Dir. Gina Haspel won't be present at the Khashoggi briefing and slams John Bolton for "deliberate ignorance" in not wanting to listen "to what is important evidence in a serious case" https://t.co/MrQIFzqqYs pic.twitter.com/PeHqxO8HPo

"Of course he should listen to it," King said, adding that there are people who can translate it for him.

King sounded off on Secretary of State Mike Pompeo too. Pompeo wrote an op-ed recently accusing critics of Trump's Saudi Arabia policy of being the same people who supported President Obama's rapprochement with Iran. King rejected the idea those critics are one and the same and added he "doesn't understand the relevance" of Pompeo's comparison. The tension between the Senate and the White House can be explained by their upcoming vote schedule. As King mentioned, they will soon vote on whether to end U.S. support for Saudi Arabia in Yemen. Continuing to offer aide makes the U.S. "complicit," King asserted.

Khashoggi walked into the Saudi consulate in Turkey on October 2 and never reemerged. Reports suggest he was killed and his body dismembered. Saudi Crown Prince Mohammed bin Salman knew about the murder, according to U.S. intelligence officials. Trump is not so sure, telling reporters that the crown prince insisted he had nothing to do with it. The president also said he is reluctant to punish the Saudi government and risk the U.S.'s defense ties with them. However, the administration did impose economic sanctions on 17 Saudi officials believed to be connected to the murder.

The world is outraged. In Tunisia, citizens protested Prince Mohammed's arrival. Some carried posters of Salman with an "X" across his face. Others waved saws in the air.