Rabbi Forced to Defend His Invitation to Trump 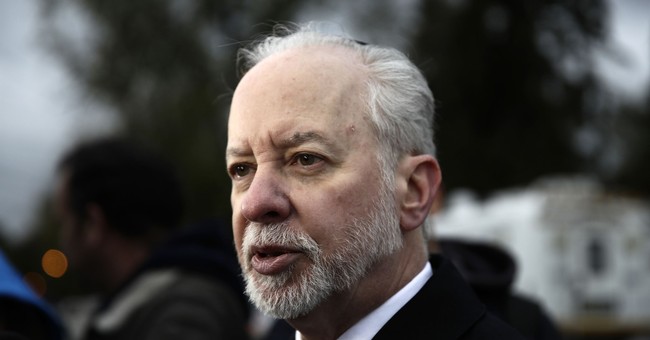 Rabbi Jeffrey Myers refuses to join the chorus of voices in Pittsburgh who insist President Trump is not welcome in their city as they mourn. Eleven people are dead after an anti-Semitic madman opened fire in Myers's Tree of Life synagogue over the weekend. Critics charge that Trump's rhetoric inspired the anti-Semite to buy the AR-15 and kill as many Jews as he could. Thousands of people have signed a letter to the president demanding he condemn white nationalism before he even thinks of stepping foot in Pittsburgh. Not Rabbi Myers though. He said the president is welcome in his city anytime.

CNN anchor Alisyn Camerota asked Myers if he thought there was a connection between Trump's words and the shooting. He refused to lay blame.

"The president of the United States is always welcome," Myers said. "I'm a citizen. He's my president. He is certainly welcome."

That explanation apparently wasn't good enough, so CNN brought him on again Tuesday morning to defend his remarks. Myers said we should be embracing our leaders and urging unity at this tragic time, instead of fueling more hate.

“I said to our elected leaders that ‘you’re our leaders, we turn to you … any words of hate, Americans listen to you,’” Rabbi Myers of the Tree of Life Synagogue says.

A CNN panel later this morning questioned the rabbi's open invite to Trump, but they could not fault him for it.

"I don't think anyone can substitute their judgment for his," said CNN analyst Errol Louis, because Myers had a front row seat to the massacre.

The shooting suspect, Robert Bowers, is charged with 29 counts. Prosecutors are seeking the death penalty.