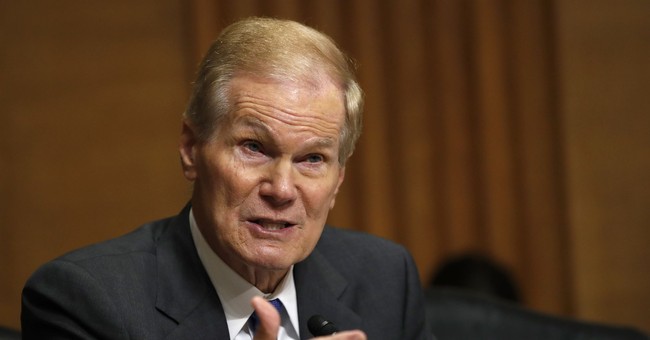 Sen. Bill Nelson (D-FL) made an interesting comparison this week, suggesting the political climate in the U.S. is reaching Rwandan genocide levels.

Certainly, the America of the past two weeks has been defined by terror and tragedy. First, a hateful man sent a dozen pipe bombs to prominent Democrats and liberals. Then over the weekend an anti-Semite killed 11 people in a Jewish synagogue in Pittsburgh. Sen. Nelson said during a campaign stop that the suspicious mailings and the synagogue shooting reminds him of the Rwandan genocide.

"When a place gets so tribal that the two tribes won't have anything to do with each other ... that jealousy turns into hate," Nelson said while campaigning at the Covenant Missionary Baptist Church in Florida City, Florida. "And we saw what happened to the Hutus and the Tutsis in Rwanda, it turned into a genocide. A million-people hacked to death within a few months. And we have got to watch what's happening here."

Hundreds of thousands of people died during the bloody Rwandan civil war in the 1990s when the Hutu government led the brutal mass slaughter of the Tutsi minority. It began in April 1994 after a plane carrying then President Juvenal Habyarimana and his counterpart Cyprien Ntaryamira of Burundi was shot down. The Hutus blamed the Tutsi for the death and began their assault. It all took place over just a few months and didn't end until the Tutsi-backed RPF took control of the country.

It was one of the worst humanitarian crises in history and Nelson's critics have said it is outrageous for him to compare it to the current political divisions in the U.S. Some social media users are calling out his "egregious hyperbole."

Senator Bill Nelson compares current US divided and tense political climate to Rwanda before genocide. Over 800,000 people were slaughtered in the 1994 genocide. So Donald Trump is the head of the American “Interahamwe”?https://t.co/Gbo7Etxg5X

Acknowledging the outrage, Nelson spokesman Dan McLaughlin explained that he and his wife have focused on the Rwandan genocide for years because they have made friends there.

"Sen. Nelson and his wife, Grace, have spoken about events in Rwanda for years, because of his wife's personal relationships there and his own trip to the country. He uses Rwanda as an extreme example of what could happen when a nation becomes totally divided. He wasn't likening the current political climate in America to what was happening right before the Rwandan genocide."

Nelson's re-election bid is in serious trouble. He is holding just a 1-point lead over opponent and current Florida Gov. Rick Scott, according to recent polling.