Why Pompeo Told Trump to Give the Saudis More Time 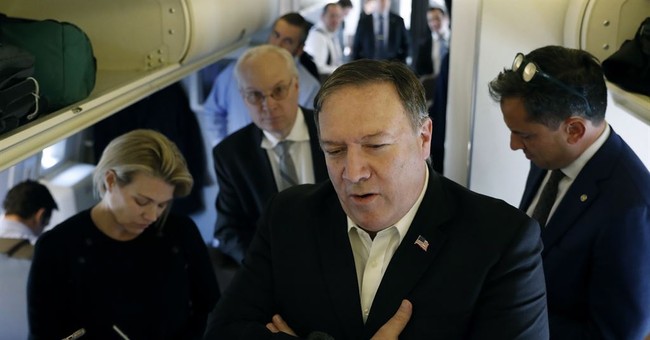 Following his meeting with Saudia Arabian leaders, Secretary of State Mike Pompeo has told President Trump to give our ally more time to investigate what happened to Jamal Khashoggi. The Saudi journalist, who was a critic of the Saudi government, was last seen walking into the Saudi consulate in Istanbul, Turkey on October 2 for marriage documents. There is no evidence of him emerging again from the building. Turkish officials are convinced he was killed inside the consulate, tortured and dismembered. The Saudi government denies this and say they are not responsible for his disappearance.

Trump said Crown Prince Mohammed bin Salman strongly denied the charge that they murdered Khashoggi and he is hesitant to blame the Saudis because of what it would mean for the relations between the two countries. Saudi Arabia buys billions of dollars of military equipment from the U.S., Trump noted this week. They are a "strategic" ally of ours as well, Pompeo explained in a press conference Thursday.

Our strategic alliance with Saudi Arabia dates back to 1932, Pompeo noted.

"They continue to be an important counterterrorism partner," he said. "They have custody of the two holy sites. They are an important strategic alliance of the United States."

"They assured me they will conduct a complete, thorough investigation of all of the facts surrounding Mr. Khashoggi and they will do so in a timely fashion," Pompeo shared. "The report will be transparent."

Pompeo said he told President Trump "we ought to give them a few more days to complete that."

President Recep Tayyip Erdogan told Pompeo that Turkey is conducting its own investigation. He assured me they would share results with Saudis as well. Between these two efforts a complete picture will emerge, Pompeo said.