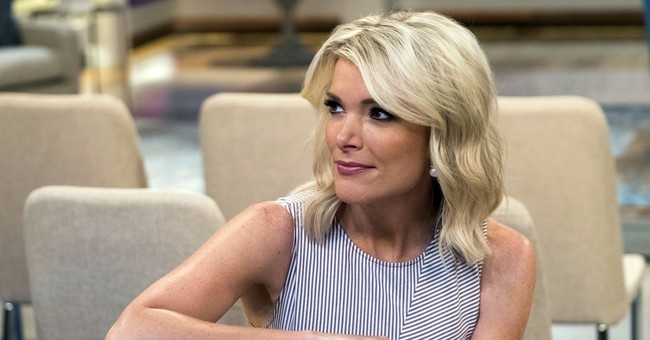 "TODAY" anchor Megyn Kelly struggled to keep a straight face during a discussion about Sen. Elizabeth Warren (D-MA) on her show Tuesday. Her audience struggled too. This week Warren released her DNA test to try and prove she was part Native American. It turns out she is, kinda. Her test results revealed she is 1/1,024 percent Native American.

"The best case scenario for her is she is a great, great, great, great grandparent who is Native American," Kelly explained. Her ancestor, she added, "could predate the formation of the country."

The host chuckled while reading how Warren once contributed to the "Pow Wow Chow Cookbook."

NBC correspondent Morgan Radford defended Warren, arguing that she senator is not trying to "use" her heritage, she's simply announcing it.

"She understood she was Native American," Radford said.

Kelly went on to make a pretty good comparison. Remember the young lady who wore a kimono to the prom and was accused of cultural appropriation? Isn't Warren's behavior worse? Kelly wondered. After all, she’s representing she has a heritage that the average American has, "none of whom check the box."

When Matt Iseman, co-host of "American Ninja Warrior," said this was "not a slam dunk" on her part, Kelly corrected him to say she "scored a goal against herself."

President Trump also mocked "Pochahontas" for claiming Cherokee heritage. As he notes, the Cherokee Nation itself shamed Warren for touting her so called genetic evidence.