BREAKING: Sasse Is a 'Yes' 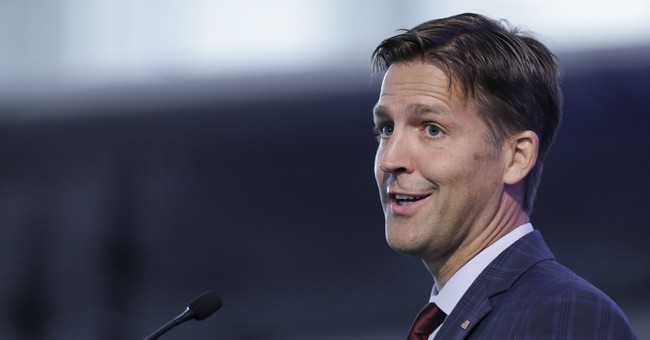 UPDATE: Sen. Susan Collins (R-ME) told reporters that she will be voting "yes" to end debate and proceed to the confirmation vote. She will announce her final vote at 3 p.m.

Susan Collins tells reporters: “I will be voting yes to proceeding to the final confirmation vote, and I will announce my intention on how I’ll vote later today.” She didn’t take questions

There's been a major development in the Senate. Sen. Ben Sasse (R-NE) who was on the fence for days, has announced he is a firm "yes" for Supreme Court nominee Brett Kavanaugh.

“I’m voting for confirmation because of the evidence and Judge Kavanaugh’s qualifications," Sasse said in a statement Friday. "After spending more than 150 hours doing my homework, I completed my reading of the FBI’s seventh background investigation this morning. This broken and politicized process has further undermined public trust. Washington embarrassed itself for the last month, but it is clear that most Americans are yearning for more than tribal blood feuds.”

That leaves a few undecided Republicans, Sens. Susan Collins (ME), Lisa Murkowski (AK), and Jeff Flake (AZ). But then there's Democratic Sen. Joe Manchin (WV), whose staff has told press he is leaning "yes." He just doesn't want to be the 50th "yes."

The Senate cloture vote is scheduled for 10:30 a.m. Friday. Follow along here.