Ellison Accuser Says She's Been Sidelined By Her Own Party 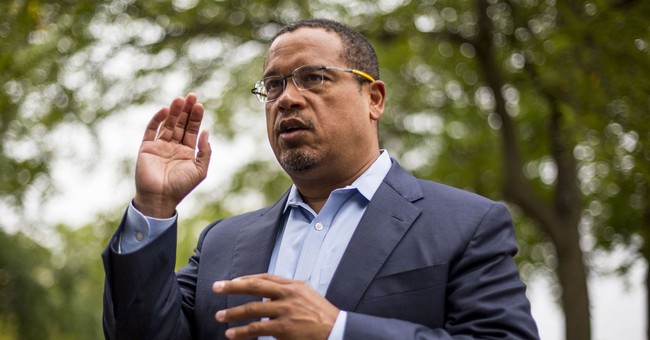 Karen Monahan, the ex-girlfriend of Rep. Keith Ellison (D-MN) who is accusing him of sexual assault, regretted that her own party refuses to believe her, or at least address her allegations.

No, they don't. I've been smeared, threatened, isolated from my own party. I provided medical records from 2017, stating on two different Dr. Visits, I told them about the abuse and who did it. My therapist released records stating I have been dealing and healing from the abuse

Monahan's sons were the first ones to make the abuse charges, posting a social media message claiming that Ellison physically and verbally abused their mother. The Democratic National Committee remained silent on the accusations for over a day, before announcing they were conducting a review.

Monahan's supporters make the point that her charges are just a year old, while Ford's are over 36 years old.

Karen, I am so sorry that happened to you and so sorry to see that your case is not getting the same attention politically as Ford's accusation. Your case does not support or drive their agenda. For whatever it's worth, I BELIEVE YOU!

Doesn’t it bother you that @SenSanders and @SenKirstenG refused to comment to reporters on your Ellison allegations but have spoken out about Kavenaugh? Double standard.

Yet, Monahan said she "expected everything that has taken place" before she decided to break her silence. The double standard, the dismissal, etc.