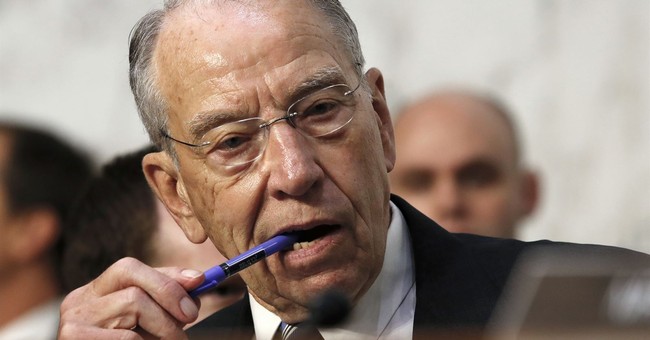 The Senate Judiciary Committee asked Christine Blasey Ford to come forward and testify on Monday about her accusation against Supreme Court nominee Brett Kavanaugh. She claims he sexually assaulted her in high school, over 36 years ago. She has not accepted the invitation to tell her story publicly in Congress, however, puzzling many senators.

Tuesday night, her attorneys sent a letter to Chairman Chuck Grassley explaining their client's hesitation. They claim that the committee was trying make Ford testify at the same table as Kavanaugh.

Wow. Blasey Ford says that Grassley scheduled the public hearing expecting her to testify “at the same table” as Kavanaugh. At the same table as the man she says once tried to rape her. https://t.co/h6eqtkOiRs

"While Dr. Ford's life was being turned upside down, you and your staff scheduled a public hearing for her to testify at the same table as Judge Kavanaugh in front of two dozen U.S. senators on national television to relive this traumatic and harrowing incident," the authors allege.

A couple of spokesmen for Grassley rejected that claim.

To be clear: this is absolutely false. https://t.co/s3kEBCauce

This is a pretty bold, and very inaccurate, assumption. Prof. Blasey Ford and Judge Kavanaugh were never going to testify on the same panel/at the same table. https://t.co/RwXcCIGrKR

Blasey Ford also wants an FBI investigation into the incident before she agrees to testify. Some Democratic senators agreed with her.

I support Dr. Blasey Ford’s request for an FBI background investigation before a hearing. She should not be bullied into participating in a biased process and we should not rush forward before facts are gathered.

Ford's lawyers end the letter by noting they hope the parties concerned can work something out in a way that will protect Ford's "health and security." You can Ford's full letter to Chairman Grassley here.