A Dem Senator Was Just Identified as No. 1 Benefactor of Lobbyist Cash 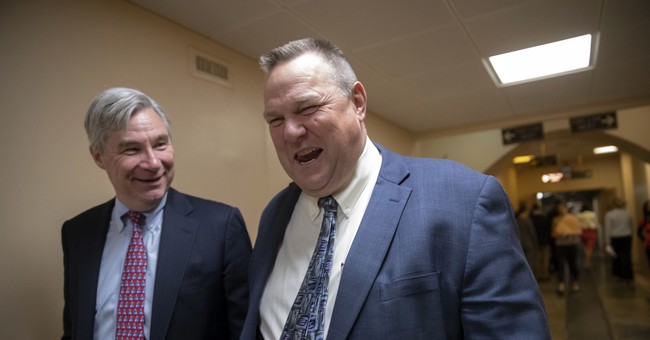 The Associated Press fact checkers have confirmed what the National Republican Senatorial Committee claimed in a recent ad. Sen. Jon Tester (D-MT) was "No. 1 in Cash from Lobbyists in 2018" in Congress this past year.

The ad notes that some of Tester's travel bills were paid for by "special interests," to the tune of $50,000. He has taken more than $1 million from lobbyists throughout his career, the group adds. They included clips of Tester speaking out against lobbyist cash, saying at one event in 2006, "It's time for a change folks, and I can guarantee you one thing: I'm not in anybody's pocket."

"The Republican group got it right — Tester was the top recipient in Congress of money from lobbyists for a time, according to campaign contribution data compiled by the nonpartisan Center for Responsive Politics," the AP reported.

Tester originally claimed it was "bull." But it will be hard for him to explain the numbers. He received almost $400,000 from lobbyists during the last election cycle, followed closely by another Democrat, Sen. Sherrod Brown (OH).

When Rosendale posted his tweet on Aug. 24, representatives of the lobbying industry had contributed $394,478 to Tester’s campaign during the 2018 election cycle, according to the center’s website, opensecrets.org.

That made him tops among members of Congress receiving lobbying industry contributions, just ahead of U.S. Sen. Sherrod Brown, an Ohio Democrat who had $381,033.

Brown has since surpassed Tester, moving into first place with $430,226 from lobbyists, to Tester's $401,478, according to the Center for Responsive Politics.

Tester responded to the reports by shifting blame on his Republican opponent, State Auditor Matt Rosendale.

“The reason you know that fact, if in fact it is true, which I very much doubt, is that all my money’s transparent,” Tester said. “The ads he (Rosendale) is putting up, we don’t know who’s paying for them. That’s why we need campaign finance reform, by the way, which he opposes.”

Tester campaign spokesman Chris Meagher also pointed out that the senator received $3.24 million from Montanans, which "pales in comparison" to the lobbyist cash.