Bolton: We Will No Longer Cooperate With the ICC 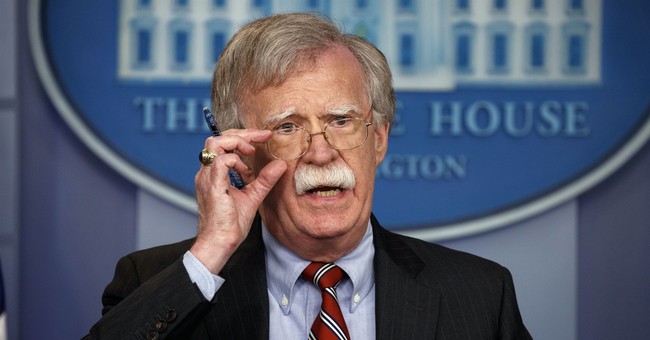 On Monday, national security advisor John Bolton announced major changes in how the U.S. will treat the International Criminal Court. The body has gone beyond its duties, Bolton charged, by attempting to proceed with an investigation into alleged war crimes by U.S. forces in Afghanistan.

"In practice the court has been ineffective, unaccountable, and indeed outright dangerous," Bolton said.

The ICC, he added, is "superfluous." Their investigation is ridiculous, because U.S. military personnel already "must operate fully in accordance with the law of armed conflict."

He threatened the ICC with sanctions if it does not end the investigation and said that going forward, the U.S. will not be cooperating with the court.

"We will provide no assistance to the ICC," John Bolton said of the International Criminal Court, which is preparing to investigate Americans for alleged detainee abuse in Afghanistan.

He also said the U.S. will use any means necessary to protect citizens from unjust prosecution pic.twitter.com/dFeFFKQ4Ol

Bolton says if the ICC pursues prosecution of the U.S. or her allies, they "will not sit quietly." He got specific. The U.S., he explained, will ban ICC judges and prosecutors from entering the U.S. and is prepared to impose sanctions on them and prosecute them in the U.S.

The ICC, Bolton said, "is already dead to us."

Bolton announced another major move by the administration this weekend: They plan to close the Palestinian Liberation Organization in D.C. because of Palestinian efforts to get the ICC to investigate Israel.