Trump: Even Lincoln Was Targeted By 'Fake News' 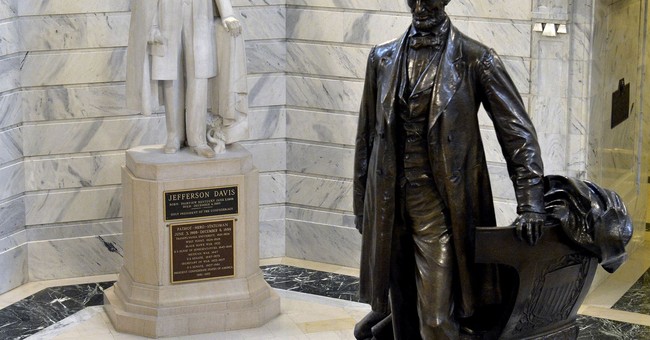 During his rally in Billings, Montana, Thursday night, President Trump took his usual swings at the "fake news media." He had a new argument this time, though, one that included the 16th president.

"You know when Abraham Lincoln made that Gettysburg Address speech, the great speech, you know he was ridiculed?" Trump told the crowd. "And he was excoriated by the fake news. They had fake news then. They said it was a terrible, terrible speech."

Lincoln was not the keynote speaker that day. He had to wait until the academic Edward Everett finished his two-hour long oration. Yet, it was the president's 272 words on the battlefield that made a lasting impact. The Gettysburg Address is still considered one of the best speeches in history and is etched in the walls of the Lincoln Memorial.

Twitter ridiculed Trump for making the comparison to Lincoln, one of history's most beloved leaders. But, others provided some context in his defense. It turns out, not every editor in the 1860s was a fan of Lincoln's stirring address.

At the time of Lincoln's remarks, the Patriot & Union wrote the following about the Gettysburg Address:

"We pass over the silly remarks of the President. For the credit of the nation we are willing that the veil of oblivion shall be dropped over them, and that they shall be no more repeated or thought of."

The news outlet, now known as the Penn Live, issued a retraction for the bad take in 2013.

Fun fact: The Philadelphia Enquirer retracted its 1863 criticism of the Gettysburg address in 2013. At the time they wrote: "We pass over the silly remarks of the President." https://t.co/xbxd4F1246 https://t.co/yyqgTmqqn9

"In the fullness of time, we have come to a different conclusion," the Penn Live editorial board wrote. "No mere utterance, then or now, could do justice to the soaring heights of language Mr. Lincoln reached that day. By today’s words alone, we cannot exalt, we cannot hallow, we cannot venerate this sacred text, for a grateful nation long ago came to view those words with reverence, without guidance from this chagrined member of the mainstream media."

Recommended
CNN's Latest Swipe at Trump's Mt. Rushmore Speech Is Why People Call Them 'Enemies of the People'
Matt Vespa

Trump predicted history will have a similar change of heart for him.