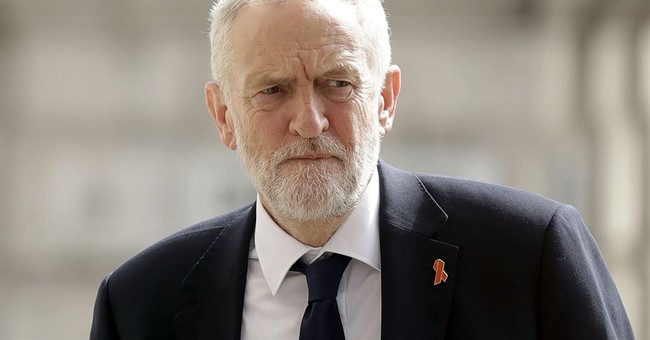 The UK Labour Party has been charged with spewing anti-Semitic sentiments in recent years. In a 2013 speech at the Palestinian Return Center in London, for instance, Labour leader Jeremy Corbyn said the following:

Where, then, lies the grievance with Corbyn? At that meeting on Sunday, Jewish Labourites were not opposing the party leader for championing the Palestinians. They were opposing him for, to take one example, his 2013 attack on a group of “Zionists” he’d encountered, where he tackled them not on their arguments but on ethnic grounds, noting that despite “having lived in this country for a very long time, they don’t understand English irony”.

The implication of that remark is clear – and it has nothing to do with defending Palestinians. It’s that Corbyn sees Jews as fundamentally alien, foreigners who might live here a long time, might even be born here, but are still essentially other. People who will never be truly English. (The Guardian)

Former UK Chief Rabbi Lord Jonathan Sacks has called Corbyn a dangerous anti-Semite, even going so far as to say that Jews were not safe in the country.

“We can only judge Jeremy Corbyn by his words and his actions,” Sacks said. “He has given support to racists, terrorists and dealers of hate who want to kill Jews and remove from Israel from the map.”

Having to explain his 2013 remarks, Corbyn said he used the word "Zionist" in "the accurate political sense and not as a euphemism for Jewish people.”

With his history of anti-Semitic remarks, perhaps this new poll from The Jewish Council is not all that surprising. The group found that nearly 40 percent of British Jews would "seriously consider emigrating" if Corbyn became prime minister.

At this week's Prime Minister Questions in the House of Commons, with the poll in context, Theresa May said, “Jewish people living in this country should feel safe and secure – and not have to worry about their futures in their own country."

In an attempt to defuse some of the criticism, the Labour Party recently adopted the International Holocaust Remembrance Alliance's definition of anti-Semitism.