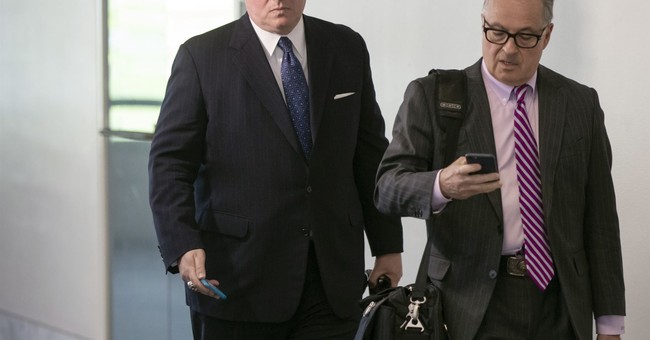 “I know it’s a woman,” he said during an interview on Buffalo’s WBEN 930 am. “I’m being cautious. My attorney is keeping me from saying her name but yes I believe it’s a woman. I believe I know who it is.”

What he can reveal, is that she is a “coward” who “should have stood up and resigned.”

Not only did “she” hide behind an anonymous op-ed instead of quitting, she tried to pin the blame on her colleagues, leaving several hints in the piece that led analysts to different officials in the administration. She published the piece now in order to affect the midterms and impeach President Trump, Caputo also suggested.

Caputo left listeners a few other hints about the op-ed author’s identity:

“It’s par for the course for her strange personality.”

“It’s dangerous to fire her because of who she’s related to.”

He added that the writer is “arrogant” and sees herself as “Captain America.”

Eventually, however, “she will be found out.”

At one point, the radio hosts pushed back a bit, wondering if Trump was to blame for the resistance movement.

“If you don’t believe me, you don’t need to call me,” Caputo said angrily. “This op-ed was written by a snake.”

Will her identity be revealed?