No Longer 'Lyin': Trump to Campaign for Ted Cruz 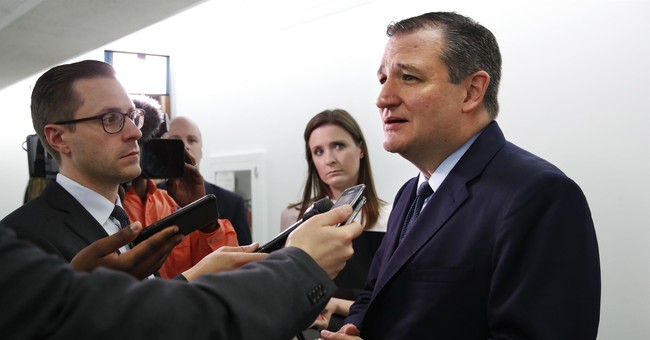 Sen. Ted Cruz (R-TX) and then-candidate Donald Trump did not get along during the 2016 presidential primary, to say the least. At different contentious points during the campaign, Trump suggested Cruz's father was involved in the assassination of President John F. Kennedy, he mocked Mrs. Cruz's appearance, and who can forget the nickname "Lyin' Ted."

Cruz responded to all the attacks by calling Trump a "pathological liar" and a "sniveling coward."

And then Ted Cruz called him a "sniveling coward?"pic.twitter.com/Mu5pov6Hi1

That wasn't all. When Trump won the Republican nomination and Cruz stepped up to speak at the RNC convention, instead of finally officially endorsing Trump, Cruz told the crowd to "vote their conscience." He got booed for the speech.

Considering the two men's sour history, social media users were pretty surprised by the full throated endorsement Trump posted on Twitter Friday for the Texas senator, who faces a re-election fight in November.

I will be doing a major rally for Senator Ted Cruz in October. I’m picking the biggest stadium in Texas we can find. As you know, Ted has my complete and total Endorsement. His opponent is a disaster for Texas - weak on Second Amendment, Crime, Borders, Military, and Vets!

Perhaps Trump is stepping in now after seeing how his Democratic challenger Beto O'Rourke is starting to gain ground. The latest NBC News/Marist poll shows Cruz with only a 4-point lead.

Has the bad blood stopped flowing between the former White House competitors? Or is it all just a matter of business - an attempt to maintain the Senate?