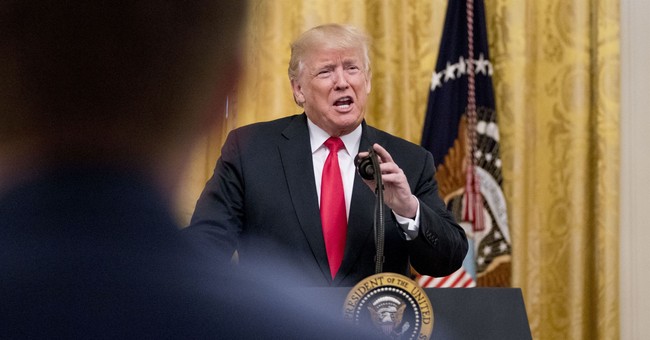 The family of Mollie Tibbetts is grieving with the horrific news that their daughter who had been missing for over a month has been found dead. The 20-year-old University of Iowa student, who was last seen jogging on July 18, was found laying in a corn field outside of Brooklyn, Iowa on Tuesday. Later, we learned her murderer was an illegal immigrant.

How did Zeke Miller, White House reporter for the Associated Press, respond? He immediately suggested that President Trump and his supporters were going to use this latest information as their next rally chant.

Likely coming to a Trump rally near you.... Investigators: Suspect in Mollie Tibbetts death is in custody, subject to immigration detainer https://t.co/S14Mbnd7Ff

This is beyond disgusting.

I’d say it’s beneath you but nope. https://t.co/Dz7oxM1XFb

What a dispicable excuse for journalism this tweet is. You had to trash up the tragedy with your vitriol. Badly done, Mr. Miller, badly done.

Others just asked a simple question.

It looks like Miller saw all the hate tweets because he followed up his awful take with this.

Obviously a tragedy. Just pointing out the obvious _ that this revelation contributes to that which POTUS has been highlighting...