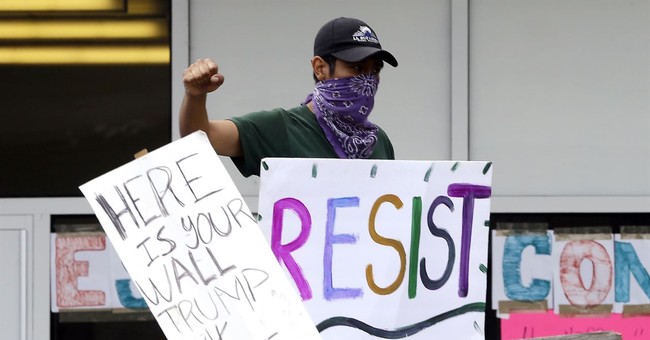 The ACLU of Massachusetts is accusing Immigration and Customs Enforcement of setting up "traps" for illegal immigrants so they can be targeted for deportation. Reportedly, U.S. Citizenship and Immigration Services has been coordinating with ICE to bring in undocumented citizens for what they think are routine interviews. The ACLU, however, describe the meetings as ambushes that end with the interviewees being deported.

The Washington Post highlighted the story of one mother, Lilian Calderon, brought to the U.S. illegally from Guatemala as a child, who thought she was going to CIS for just a routine interview about her green card process. Instead, "she was handcuffed and then detained by U.S. Immigration and Customs Enforcement for nearly a month."

The ACLU got involved and condemned ICE's tactics.

The ACLU of Massachusetts is accusing the agencies of conspiring to “trap” unsuspecting immigrants on a path toward legal permanent residency by inviting them to these interviews only for ICE to arrest them there. This happened to at least 17 people in 2018 including Calderon, although only 13 qualify as members of the class, according to the lawsuit. The ACLU argues this violates their rights to due process and the Immigration Nationality Act, among other things, for detaining the immigrants before they’ve had a chance to complete the process for seeking legal status.

“The government created this path for them to seek a green card,” Matthew Segal, legal director of the ACLU of Massachusetts, told the Associated Press. “The government can’t create that path and then arrest folks for following that path.”

ICE’s Boston field office spokesman, John Mohan, rejected the accusation of “inappropriate coordination” between the agencies. Their process, he insisted, is "lawful and legitimate.'

ICE has stepped up its efforts to crack down on illegal immigration since President Donald Trump has taken office. The agency has conducted surprise raids across the nation, bringing thousands of illegal immigrants into custody and primed for deportations. There have been hundreds of raids in New York alone. In 2017, ICE removed more than 226,000 illegal immigrants from the country. While the number was higher the year before, ICE said the proportion of removals due to ICE arrests was greater last year.

The administration has also pledged to punish sanctuary cities, which harbor illegal immigrants and refuse to comply with immigration authorities.

The increased focus on immigration enforcement has resulted in protesters all over the country demonizing ICE. A few politicians have even likened them a terrorist group, while others have taken steps to abolish the agency.