Did Ben Jealous Backtrack on Major Attack Line Against Hogan? 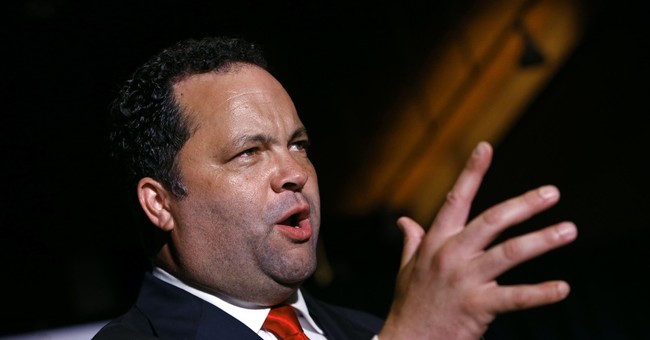 Former NAACP President Ben Jealous is running to unseat Maryland Gov. Larry Hogan. On his campaign website, the Democrat has suggested that Hogan's policies have derailed the state's education.

"The Promise of Maryland means our public schools will be first in the nation again, as they were before Larry Hogan took office," Jealous says. "We will fulfill Annapolis’s broken promise and insure that the casino money actually increases education funding."

One of his other attack lines against the Republican is that he is too closely aligned with President Trump. Jealous has accused the governor of “aiding and abetting” Trump on a range of issues.

Hogan, Jealous claims on his campaign website, has only "symbolically opposed" Trump. It's not good enough.

You are aiding and abetting Donald Trump if you invite his Education Secretary Betsey DeVos into our state – while expanding vouchers and not fully funding our public schools.

You are aiding and abetting Trump if you are silent when he appoints Scott Pruitt, who threatened to destroy the Chesapeake Bay Plan before he was even confirmed as Administrator of the EPA.

And you are aiding and abetting Trump when you stand shoulder to shoulder with his Attorney General Jeff Sessions on his call to return to the war on drugs, on mandatory minimum sentences, and allowing him to send ICE agents here to tear immigrant parents away from their children.

Well, maybe not. In a new interview with CNN's Wolf Blitzer, Jealous contradicted himself and suggested Hogan isn't as aligned with Trump as one might think.

"You're gonna be facing off against the incumbent governor, Larry Hogan–he's a Republican–in November," Blitzer said. "His approval numbers–his approval ratings right now throughout the state–they're very high, and he has broken ranks–he's a moderate Republican–with President Trump on a number of issues, as you well know. Does it make it difficult for you and for Democrats to draw distinctions with Hogan?"

"You know, not really," Jealous said. "I mean, you know, look, Hogan is a Republican land developer like our president, and the similarities often end right there. He's a pretty nice guy."

It's a nice sentiment, especially in a period of U.S. politics that is infested with nasty mudslinging. But, it's not likely to help him in the race against a guy who has the second highest approval rating in the country.