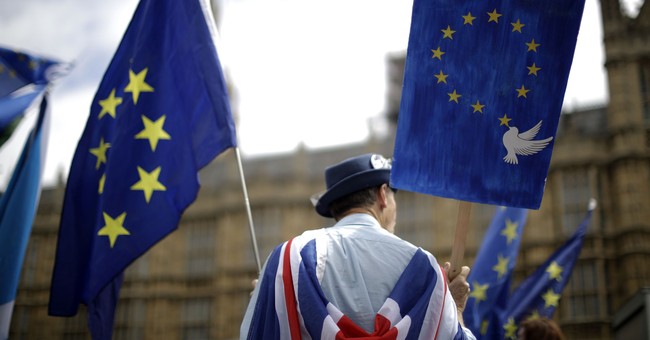 The United Kingdom voted to leave the European Union two years ago. Complex legislation, resistance, and debate has stalled the move, however. Tuesday marked a big step toward the exits, however, when Speaker John Bercow announced to his fellow members of Parliament that Queen Elizabeth II had given her royal assent to the EU Withdrawal Act.

The bill authorizes EU law to be transferred into UK law. It repeals the 1972 European Communities Act, which took Britain into the EU and meant that European law took precedence over laws passed in the UK Parliament, the BBC explains.

The bill's passage marks a "historic moment for our country, and a significant step towards delivering on the will of the British people," British Prime Minister Theresa May said after the news.

The successful legislation is expected to give the UK much stronger negotiating leverage as it seeks to exit the EU. It was introduced in Parliament last year, and MPs spent more than 250 hours debating it.

It's good news for the pro-Brexit crowd, but May's cabinet is still divided over how to proceed. Some, like Foreign Secretary Boris Johnson, want a clean break from the EU. He implored May not to deliver a "half-hearted" Brexit that is "soft, yielding and seemingly infinitely long."

Other officials are under the impression they should not cut all their economic ties, especially in terms of trade.

Before the UK goes through with Brexit, pro-Remain protesters are still demanding another vote. Tens of thousands of Brits took that message to the streets of London over the weekend.