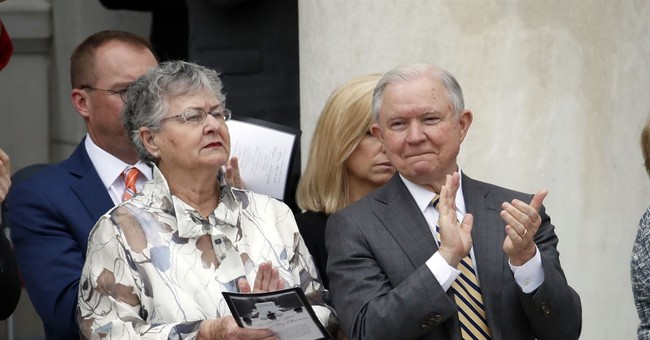 Attorney General Jeff Sessions first irked President Trump by recusing himself from the special counsel Russia investigation following some backlash over the answers he gave at his confirmation hearing last year. Trump thought it a weak decision and called the AG "beleaguered" on Twitter. The public shaming continued Wednesday when the president began quoting retiring Rep. Trey Gowdy (R-SC), who appeared on "CBS This Morning" to suggest Trump should've reconsidered his AG pick.

Rep.Trey Gowdy, “I don’t think so, I think what the President is doing is expressing frustration that Attorney General Sessions should have shared these reasons for recusal before he took the job, not afterward. If I were the President and I picked someone to be the country’s....

....chief law enforcement officer, and they told me later, ‘oh by the way I’m not going to be able to participate in the most important case in the office, I would be frustrated too...and that’s how I read that - Senator Sessions, why didn’t you tell me before I picked you.....

....There are lots of really good lawyers in the country, he could have picked somebody else!” And I wish I did!

Still, Trump has not fired Sessions.

Trump probably won't be quoting another of Gowdy's interviews. On Fox News Tuesday, the chairman of the House Oversight Committee refuted Trump's claim that a "spy" infiltrated his 2016 campaign. In fact, Gowdy is "more convinced" than ever that the FBI acted appropriately to address Russian interference.