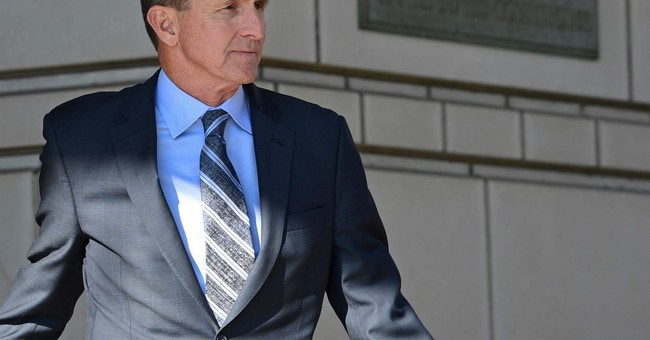 Having watched his ex-FBI Director James Comey talk to the media incessantly for a week now, President Trump has another former employee on his mind. His old national security adviser, Michael Flynn, who resigned after misleading the White House about his contacts with Russians during the Trump transition period, deserves better treatment than Comey, Trump said on Twitter.

Why does Comey get the red carpet treatment after leaking so much information, but Flynn is forced into hiding, Trump wondered.

So General Michael Flynn’s life can be totally destroyed while Shadey James Comey can Leak and Lie and make lots of money from a third rate book (that should never have been written). Is that really the way life in America is supposed to work? I don’t think so!

Yet, Flynn may be making a comeback. He's been making more public appearances, Politico observed. Trump supporters would welcome him back into the spotlight, seeing him "not as a villain but as a victim of special counsel Robert Mueller’s Russia probe."

The 15-page Comey memos were released Thursday night. In them, the fired FBI chief details a series of meetings he had with the president. His revelations ended up being more embarrassing than incriminating.

Trump used the memos to argue once again that the special counsel investigation into potential collusion between him and Russia is a total witch hunt.

James Comey Memos just out and show clearly that there was NO COLLUSION and NO OBSTRUCTION. Also, he leaked classified information. WOW! Will the Witch Hunt continue?