Raul Castro's Reign Is About to End...Or Is It? 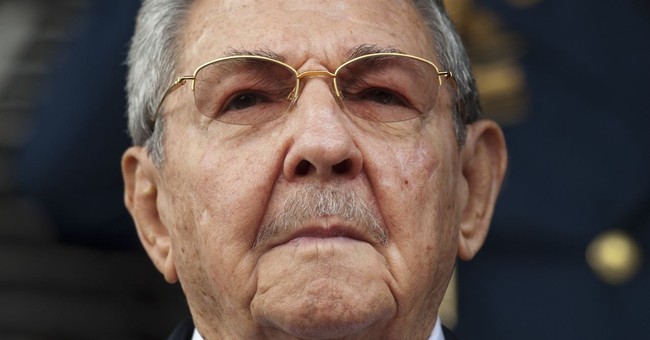 The Castro dynasty, which has ruled Cuba for decades, will finally come to an end this week - at least in terms of titles. Raul Castro, 86, who assumed power from his brother Fidel in 2008, is getting ready to step down as president. He is expected to be replaced by Cuba's First Vice President Miguel Diaz-Canel, 57, who was nominated by Cuba's National Assembly Wednesday.

Fidel Castro was the prime minister of Cuba from 1959 to 1976 and then president from 1976 to 2008. When illness forced him to step aside in 2008, his brother Raul took the reigns. Fidel died in 2016. Last year, Raul announced he would be stepping down this April.

The time has arrived for a new leader, but he appears to be more of the same. Diaz-Canel was handpicked by Castro to serve as vice president five years ago and seems poised to carry on the Castro legacy.

The brothers' decades long rule assured communism, still the only party allowed to participate in elections, would remain alive and well. The dictators were infamous for suppressing dissidents and utilizing propaganda.

Although Castro will no longer have the title of president, his name will still hold plenty of power in the government. He will continue to serve as head of the Cuban Communist Party until at least 2021.

"He is still expected to exercise a large measure of control over the Cuban government and have the final say on important decisions," CNN reports. "Castro will remain first secretary of the Communist Party of Cuba, a member of the National Assembly and, even if he is no longer president, the most powerful public figure on the island."

So, it appears Castro's giving up his presidential title is merely symbolic.