Albuquerque Just Made it Harder to Deport Illegal Immigrants 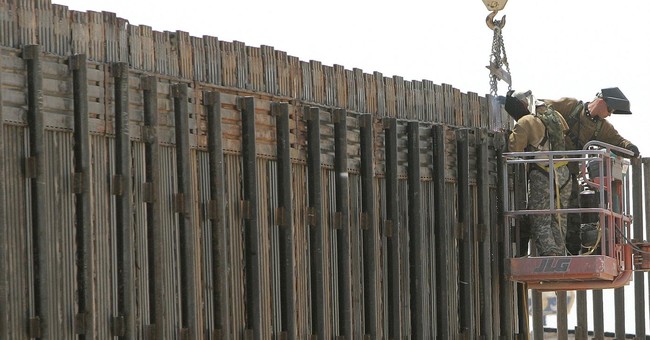 The lawmakers in Albuquerque, N.M. apparently have no interest in the rule of law. In a 6-3 vote, the city council barred immigration officials who do not have a warrant from going into city-operated areas to detain illegal immigrants.

Albuquerque’s majority-Democratic council voted 6-3 in favor of a measure to prevent federal immigration officials from entering city-operated areas, including a prisoner transport center, without a warrant.

In a televised meeting, the council also barred city workers, including police, from collecting information on peoples’ immigration status and prohibited local tax dollars from being spent on federal immigration law enforcement. (Reuters)

These measures are underlined by a Pew Research study showing New Mexico has one of the highest levels of illegal immigrants in the country, Reuters reports.

The Trump administration and the Immigration and Customs Enforcement agency have been confronted by city and state officials across the country refusing to cooperate. Chicago Mayor Rahm Emanuel vowed to sue the Department of Justice for announcing they'd strip grant money from any jurisdictions acting as sanctuary cities. New York City Mayor Bill de Blasio was part of an effort to prepare schools to resist ICE if they show up at their doors.

Unsurprisingly, the bulk of the rebellion has been in California. Libby Schaaf, the mayor of Oakland, infamously warned the illegal immigrants in her community about an upcoming raid in the area in the next 24 hours, allowing hundreds of individuals to flee - and, in a few cases, commit more crimes. The DOJ is currently considering what legal action to take against her.

The most recent politician to try and stall Trump's anti-illegal immigration agenda is Gov. Jerry Brown, who announced his intention to place limits on Trump's order to send the National Guard to the border.