Conservative Charlie Kirk Not Allowed to Speak at MSD? 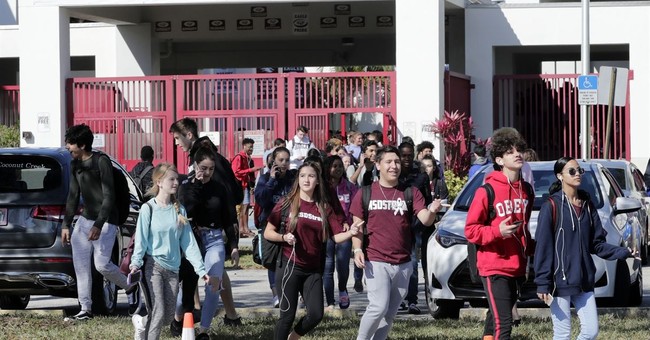 Parkland shooting survivor Kyle Kashuv succeeded in getting enough retweets to entice conservative activist Charlie Kirk to speak at Marjory Stoneman Douglas High School. Kirk planned to offer a different perspective than many of Kashuv's gun control activist classmates like David Hogg. He was going to explain that gun rights deserve to be defended - and he was looking forward to it.

"I excitedly accept and look forward to discussing our right to bear arms in front of a captive student audience,” Kirk said.

The school district, however, has taken the microphone from him.

Kirk is undeterred, telling the Daily Caller's Benny Johnson that he plans to speak in Parkland regardless of the school's resistance.

.@charliekirk11 tells me he’s still going to speak in Parkland with @KyleKashuv in spite of the school banning him from appearing on campus

He also surmised that had he pledged to speak about the confiscation of guns, he would have been welcomed with open arms.

Kirk, as founder of Turning Point USA, is one of the nation's leading conservatives. He's earned one-on-ones with the president and even hosted part of a young entrepreneur event last month at the White House. He's spoken to thousands of students across the country in an effort to remind them of their constitutional freedoms.

Kashuv, the MSD student who tried to organize the Kirk speech, has made quite an impression himself. After being interviewed by Townhall's Guy Benson and tweeting his support of the Second Amendment, Kashuv earned himself meetings with top lawmakers on Capitol Hill and even the president himself.