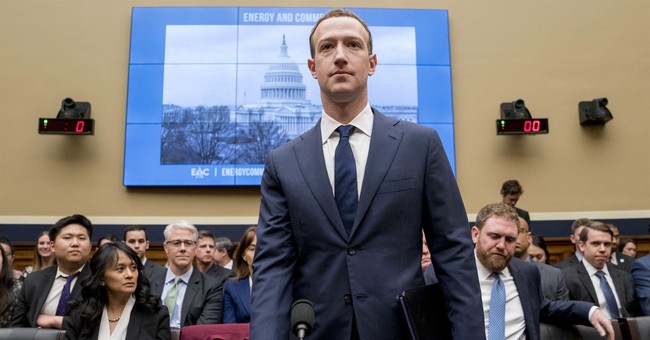 Pro-Trump media personalities Diamond and Silk, who have over 1 million fans on Facebook, started getting censored on Facebook in September. After months of trying to contact the company for answers, they finally told the two sisters that their content had been deemed "unsafe."

They've defended themselves just fine, but Diamond and Silk have plenty of friends speaking on their behalf as well.

Rep. Marsha Blackburn (R-TN) had the chance to ask the Facebook CEO himself, Mark Zuckerberg, why the company targets certain content.

Rep. Blackburn: "Do you subjectively manipulate your algorithms to prioritize or censor speech?"#Zuckerberg: "There are types of content like terrorism that I think we all agree we don't want to have on our service."

Blackburn: "Diamond and Silk is not terrorism." pic.twitter.com/2wRL3K3JHH

Rep. Billy Long (R-MO) defended the two fierce ladies in his round of questioning too. He placed a photo of Diamond and Silk behind him and demanded to know why Zuckerberg's company had deemed their content "unsafe."

"Nothing," Zuckerberg said, before explaining he was not "up to speed" on the specifics of the situation.

Yet, he did admit that Facebook's decision to limit the reach of Diamond and Silk's posts was an "enforcement error." His team is already "working to reverse it."

Sen. Ted Cruz (R-TX) mentioned the two ladies in a larger discussion about Facebook's targeting of conservatives in recent years. Asked if liberal users and liberal pages had received the same treatment, Zuckerberg could not think of any examples.

Still, the CEO insisted that Facebook was committed to being a “platform for all ideas.”

TV star Roseanne Barr, who is one of the few vocal Trump supporters in Hollywood - both on and off the small screen - also told Facebook to leave Diamond and Silk alone.

Diamond and Silk are comedians-stop censoring them!