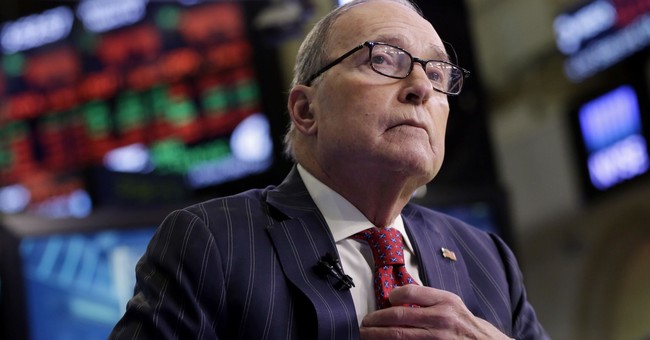 The Congressional Budget Office's projections for President Trump's tax cuts are not good. If it is enforced, we will be looking at the worst deficit levels since World War II, according to the agency's data.

The federal debt "is projected to be on a steadily rising trajectory throughout the coming decade—approaching 100 percent of gross domestic product by 2028," according to the CBO Director Keith Hall.

Turning to the budget projections, we estimate that the 2018 deficit will total $804 billion, $139 billion more than the $665 billion shortfall recorded in 2017. In our projections, budget deficits continue increasing after 2018. As deficits accumulate, debt held by the public rises from 78 percent of GDP (or $16 trillion) at the end of 2018 to 96 percent of GDP (or $29 trillion) by 2028. That percentage would be the largest since 1946 and well more than twice the average over the past five decades.

“We don’t believe” that GDP growth will be lower than 2 percent.

“Our view is lower tax rates, particularly business, create invective to invest and work,” he explained. “I think we’re going to pick up productivity and wages. So that gives you an entirely different baseline.”

CNN’s Erin Burnett tried to catch Kudlow in a net of hypocrisy. She presented him with a clip of himself from 2009, when he criticized President Obama for deficit projections.

The Obama plan “was all spending,” he explained. “That’s not a growth prescription.”

Although Trump just signed a spending bill, it’s “nothing like the Obama stimulus package.”

Conservatives' distrust with the CBO is understandable. Remember when the agency's projections for Obamacare enrollment was off by a matter of millions?

In an interview with radio host Hugh Hewitt, Kudlow predicted that GDP growth is going to be "3 percent or better" in 2018. That's largely due to the tax cuts which have "stimulated investment spending and provided new incentives" for businesses.