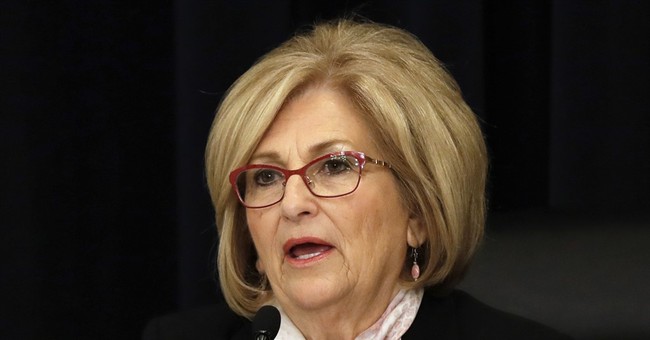 Rep. Diane Black (R-TN) and her husband Dave were "first in line" for season tickets when the National Football League’s Oilers moved from Houston to Nashville, she shared last week in an op-ed. That all changed when San Francisco 49ers quarterback Colin Kaepernick knelt during the national anthem to protest the way minorities in America have been treated by law enforcement. Despite getting booed in subsequent games, he didn't apologize. He kept kneeling, and poured salt in the wound by wearing anti-police socks to practices.

Several players followed suit and the Tennessee Titans were not exempt from the controversy. At a game versus the Seattle Seahawks in September 2017, both teams decided to stay in the locker room during the playing of the national anthem. They claim it was to "show unity," but that's not how some fans perceived it. As for those who were on the field like singer Meghan Linsey, she and her guitarist took a knee during her rendition of the anthem.

Seahawks-Titans anthem singer @meghanlinsey took a knee along with her guitar player at the end. Boom! Keep it going!pic.twitter.com/RyfsUzyjvA

Black and her husband didn't pay to see that. In her op-ed, she rejected the notion that Old Glory represents oppression.

"The flag represents the freedom we have in this country – freedom unlike any country in the history of the world," Black explained. "Freedom that was earned in blood and sweat and sacrifice. Freedom that demands respect."

She was "so disappointed to see the NFL and its players disrespect our flag and our anthem during this last season," that she and her husband decided that their season tickets "would remain in a drawer all season and our seats would remain empty."

Black, who is running for governor, is so passionate on this issue that she recorded a "Please Stand" campaign ad that aired in Tennessee during the Super Bowl pregame show.

She is informing the Titans that her family is rescinding their season passes and opting for more quality time together.

"For now, my family has decided that we’ll spend Sunday afternoons fishing instead of attending Titans games."