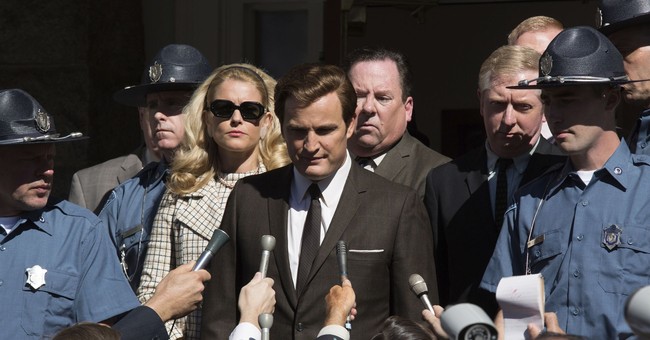 Sen. Ted Kennedy's Chappaquiddick scandal is not interesting enough for the likes of MSNBC, according to the star of the new film. Actor Jason Clarke, who stars as Kennedy, said the movie has been getting plenty of coverage on Fox, but the more liberal outlets aren't biting.

"Look, we’ve definitely gotten a lot interest from the right from Fox, but the Left are not engaging," he told Deadline.

"To my knowledge, the ones on the Left unfortunately aren’t really embracing it, but the ones on the right seem to be all over it," he added. "Bill Maher and Rachel Maddow passed on covering the film. I think Chris Mathews is still considering but hasn’t committed, and The New York Times isn’t really entering into a dialogue about it."

The Times, however, did write a review of the film, with the reviewer admitting that "he approached the film with a measure of skepticism and a tremor of dread." He just did not have an appetite for "the ongoing, morbid fascination with all things Kennedy." Yet, he found the film to be well balanced and managed to avoid the labels "tabloid" and "sensational."

The film captures Kennedy's car crash off a bridge in Massachusetts near Martha’s Vineyard in1969. Mary Jo Kepechne, a former aide to the senator’s brother Robert, was left in the car to drown. Reports suggest the senator let hours passing before alerting the authorities.

Clarke expressed his horror in reading about the incident and how the politician "got away with it."

“The biggest thing" was that Kopechne "was possibly alive,” Clarke said. “How do you get around that? You can’t get around it, and that’s the point. That’s where it really started to grab me. I couldn’t let it go after that.”

Despite his history of scandal, Kennedy had apparently not lost his standing in the Democratic Party. They even treated him as a hero at their 2012 National Convention, airing a "tribute" video to the senator.