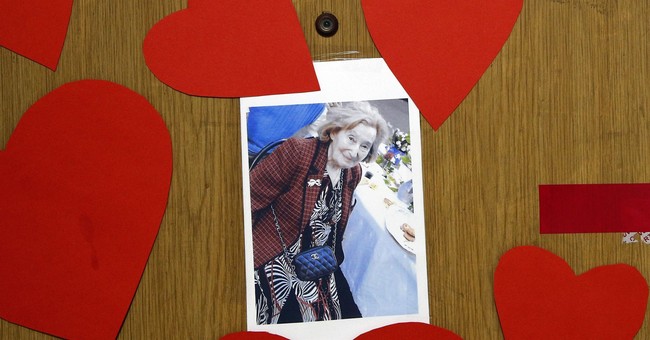 Mireille Knoll, one of the last remaining survivors of the Holocaust, was the victim of an anti-Semitic hate crime this week. The 85-year-old was stabbed to death and burned in her Paris apartment. Two suspects have been taken into custody.

The Paris prosecutor's office suspects the killer or killers acted because of her Jewish faith.

Knoll was murdered for her “membership, real or supposed, of the victim of a particular religion,” they explained.

“That Mireille Knoll survived the horrors of the Holocaust only to be murdered in present-day France because she was Jewish is unconscionable and reminds us of the ongoing dangers antisemitism holds,” said Museum Director Sara J. Bloomfield on Tuesday.

“We applaud the condemnations of this heinous act from French officials,” continues Bloomfield. “However, more must be done to protect France’s Jewish community. This will require law enforcement, education and leadership at all levels of French society. ”

Some French officials have pledged to combat the extremism, especially considering this is not the first suspected anti-Semitic murder in France in the past year. Sarah Halimi, a 65-year-old Jewish woman, was beaten and thrown from her balcony nearly a year ago.

“All necessary means will be mobilized to shed light on the motivations of the perpetrators of this act of barbarism, which recalls the darkest hours of our history,” French Interior Minister Gerard Collomb said in a statement Tuesday. “To attack a Jew is to attack France and the values that constitute the very foundation of the Nation.”

In the summer of 1942, as Germans and French police were rounding up Jews and placing them in the cycling stadium the Vélodrome d’Hiver Knoll and her mother were able to escape thanks to a Brazilian passport.

The French are asking for a march in her honor.