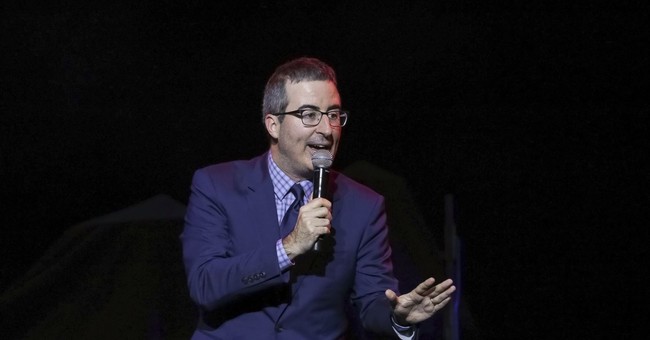 Second lady Karen Pence and her daughter Charlotte Pence published a children's book this week about their pet bunny Marlon Bundo, who offers readers a glimpse into a day in the life of the vice president. Charlotte penned the poetry in the book, while Mrs. Pence drew the illustrations. I had the chance to speak with them about the project a few weeks ago. They were excited for the opportunity to share their talents and to offer a fun educational lesson on the office of the vice presidency. They also dished on what an honor it is to serve.

While bunny rabbits are about the most nonpartisan thing I can think of, somehow the book is being used to attack the vice president. HBO host John Oliver, with the help of his staff, offered his own version of the Marlon Bundo book on his program Sunday, turning the bunny gay. Why? Because one of the stops on the Pences' book tour is an "anti-LGBT organization," more accurately known as Focus on the Family.

“This is a real children’s book," Oliver said of his "better Bundo book." "This isn’t some adult book telling Mike Pence to go f*** himself. Although, in buying it, that’s exactly what you’d be doing.”

The Huffington Post seemed to be amused and suggested Pence had it coming since he's so "notoriously hostile to LBGTQ rights."

All proceeds from Oliver's "better Bundo book" will be donated to the Trevor Project, he said, which supports LGBTQ youth, and the AIDS United charity.

The original book, Marlon Bundo's Day in the Life of the Vice President, is available here. The proceeds from that title are going toward an art therapy program called Tracy's Kids and a nonprofit, A21, working to fight slavery and sex trafficking.