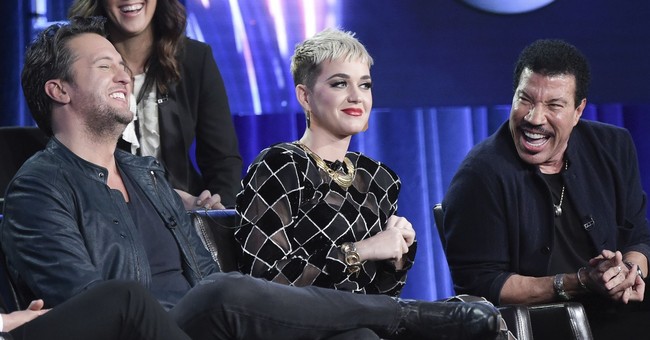 It was the kiss heard round the world. Okay, maybe not the world, but at least "American Idol" audiences.

Benjamin Glaze was a 19-year-old contestant on the new version of the reality competition show, now airing on ABC and featuring judges Katy Perry, Lionel Ritchie and Luke Bryan. During his audition, Glaze revealed that he had yet to kiss a girl. He was saving it because he had never been in a relationship. Perry could not believe it and immediately invited him over to the judges' table so she could smooch him. He walked over nervously and asked her if she meant a kiss on the cheek. It certainly seemed that way, until she snuck a kiss on his lips at the last moment.

Glaze literally fell to the floor. He was flustered, to say the least, and it very clearly affected his performance. All three judges were a "no" when he finished singing, noting that his performance felt a bit rushed and pitchy.

After the kiss, Glaze admitted to The New York Times that he was "a tad bit uncomfortable,” with it, explaining that he "wanted to save it for my first relationship." He wanted it to be "special.” The young man and his morals were clearly shaken by the encounter.

At the time, Perry appeared to play it off as a joke, high fiving the other judges after she landed the peck on Glaze. Perry did seem a little sympathetic to the flustered contestant after the fact, but she continued to tease him. As many critics have noted, if it had been a male judge that put his lips on a teenage female contestant, there would have been hell to pay.

Still, we can be outraged all we like. What matters is what Glaze is feeling, and he is now saying he does not feel as if he had been exploited.

“I do not think I was sexually harassed by Katy Perry and I am thankful for the judges comments and critiques," he said. "I was uncomfortable in a sense of how I have never been kissed before and was not expecting it.”

While Glaze did not make it past his "American Idol" audition, his story still has a happy ending. The now 20-year-old told "Inside Edition" that since the Katy Perry smooch, he's had his first "real" kiss with his first real girlfriend, Carrie.