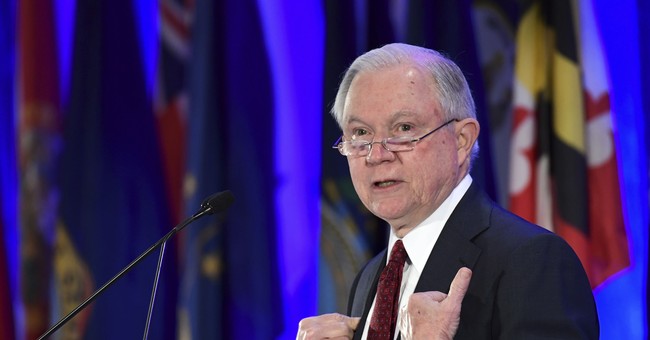 UPDATE: Attorney General Sessions defended himself and the agency in the following statement.

SESSIONS responds to @realDonaldTrump's complaints about him this morning --->

"As long as I am the Attorney General, I will continue to discharge my duties with integrity and honor." pic.twitter.com/8lUAiW2qq0

While his temper seemed to simmer down in recent months, it is now clear Trump's discontent with Sessions has not abated. On Wednesday, he again publicly rebuked Sessions on Twitter, noting that he is unhappy with the pace of an investigation. Sessions, he suggested, needs to pick up the pace into the investigation of the House Intelligence Committee's FISA memo, which detailed how the FBI spied on members of the Trump campaign.

Instead of "beleaguered," this time Sessions' behavior is "disgraceful."

Sessions now finds Democrats defending him. On CNN, Rep. Steny Hoyer (D-MD) suggested the attorney general deserves better, considering he was one of Trump's strongest supporters during the 2016 election.

"The president is loyal only to those who are unquestionably loyal to him," Hoyer intoned.

That, he said, is the opposite of "draining the swamp."