Why EPA Administrator Scott Pruitt Had to Beef Up His Security 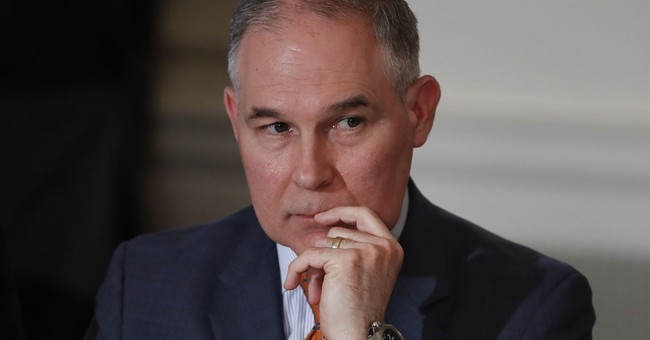 Like a few other Trump administration staffers, EPA Administrator Scott Pruitt has been criticized lately for his travel expenses. With Pruitt at the helm, the agency EPA had a $90,000 travel bill in June. Some of that had to do with the agency's decision to have Pruitt ride in first class.

At first glance it seems like another case of Washington bureaucrats taking advantage of taxpayers. But, according to the EPA's Office of Criminal Enforcement Director Henry Barnet, it had something to do with security concerns.

Pruitt has often been the victim of verbal threats, Politico learned from Barnet.

But Barnet said that Pruitt's travels grew so tense that by May the agent in charge of his security detail recommended he travel in first class when possible. “We felt that based on the recommendation from the team leader, the special agent in charge, that it would be better suited to have him in business or first class, away from close proximity from those individuals who were approaching him and being extremely rude, using profanities and potential for altercations and so forth,” he said.

As a result, there is now 24/7 protection for Pruitt, with the security detail performing new threat assessments every 90 days.

Other Trump administration staffers, like Education Secretary Betsy DeVos, have not only been verbally assaulted, but physically intimidated. DeVos has been shouted down on campuses, heckled during speeches, accused of "defending rapists" for her Title IX policies, and even blocked from entering buildings. The U.S. Marshals Service had to start protecting her after that last incident.

Whatever happened to writing letters to the editor?